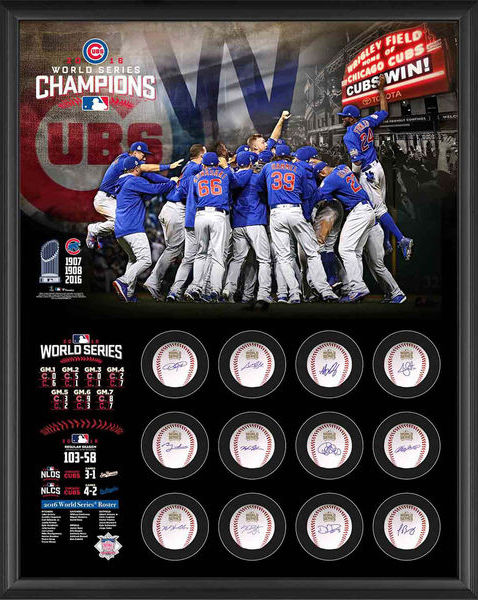 The Chicago Cubs‘ World Series championship has prompted plenty of memorabilia and, of course, with that success comes high demand and higher costs for companies to get players to sign.

That’s the price of doing business.

But for Fanatics there’s plenty of business — and plenty of autographed memorabilia — for Cubs fans to chase including high-dollar ticket items like this 12-baseball shadowbox as part of an impressive  and deep array of World Series memorabilia that might not have been seen before for a championship squad. 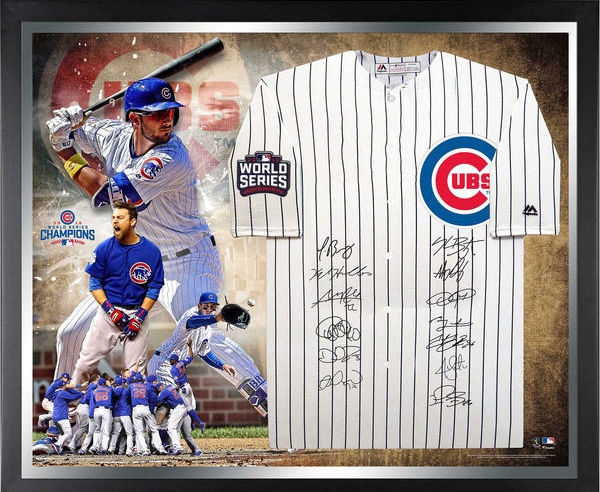 A pricier display with potentially a few more sigs is the autographed jersey montage seen above, which will be limited to just 200 pieces and features at least 18 signers. It features roughly the same dimensions but is $600 more. Without the frame, a signed jersey like this one costs $3,999.99. 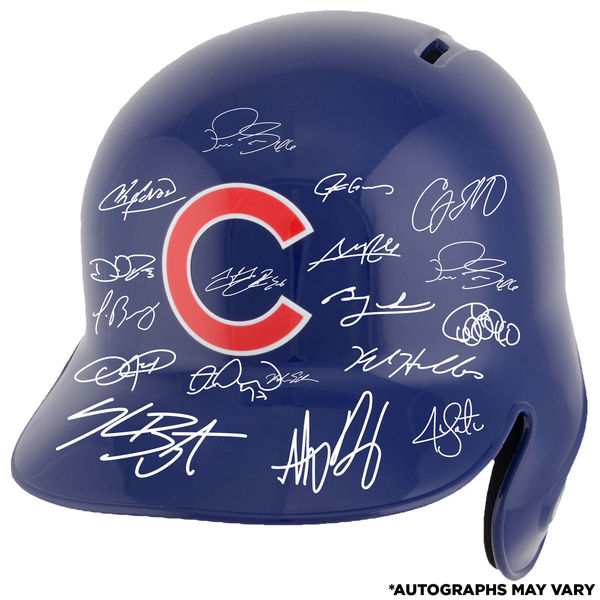 Also in the signing stages right now are at least two other items that Fanatics is selling. One, a signed helmet will be limited to just 24 copies at $3,799.99. It will include ink for Bryant, Rizzo, Baez, Hendricks, Russell, Fowler, Contreras, Zobrist, Ross, Hector Rondon, Miguel Montero, Pedro Strop, Schwarber, Chapman, Carl Edwards Jr., Mike Montgomery, Justin Grimm and Lester.

The same lineup is planned for a commemorative Louisville Slugger with a limit of just 150 signed. It, too, carries a $3,799.99 price tag — but there are many more far more affordable pieces such as single-signed baseballs, caps, jerseys, gloves, photos, a Sports Illustrated cover reprint and other displays that you can see in a small sampling in the gallery below. For a look at everything presently available from Fanatics, click here.

One thought on “When it comes to Chicago Cubs World Series autographed memorabilia, Fanatics has it covered”