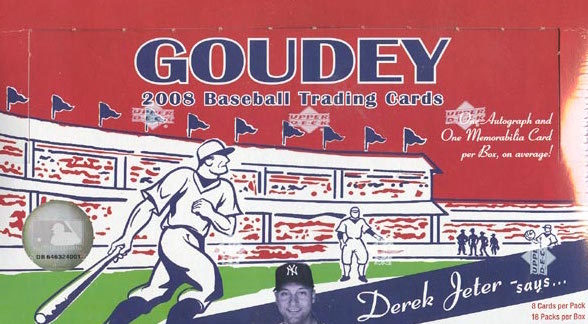 If you hadn’t noticed, there are a number of boxes with discounted prices now over on the mothership as BlowoutCards.com’s Black November Wave 6 hits today.

This one is a fun retro box to rip with its 1930s design and it’s one that has some serious potential when it comes to autographs. Signers in these two-hit-per boxes include Albert Pujols, Derek Jeter, Gordie Howe, Michael Jordan, Kobe Bryant, Kevin Durant, Nolan Ryan, Sidney Crosby, Tiger Woods, Johnny Bench, Dan Marino, Julius Erving, Ken Griffey Jr., Willie McCovey and plenty more. It will take some luck to find some of them, but they are in there along with a Clayton Kershaw Rookie Card and plenty more among the base cards and inserts.

Atlanta Braves shortstop Dansby Swanson has the kind of on-field and cardboard potential that makes some fans feel good and that’s one thing that Atlanta fans in particular need. This box is the first place to find Chrome ink for their future star though there’s one catch — he’s in the wrong uniform. Swanson’s trade from the Diamondbacks happened the day before this product’s release — but all those Chrome Swansons had already been signed. There’s more to find here besides Swanson and at a cheaper price than usual it’s definitely worth a look. 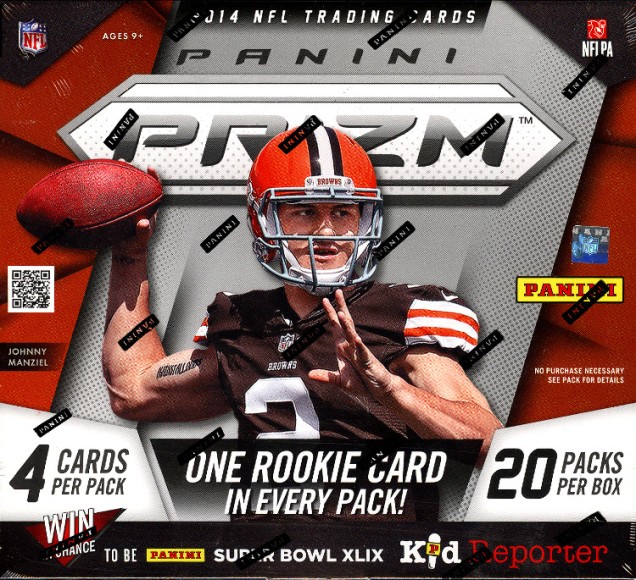 2014 Panini Prizm football hobby box
Fans of the Prizm rainbow get another shot in this wave with a product packed with Rookie Cards — and in theory their parallels for some of them — and two autographs. You’ll land more than 10 Prizms, three other inserts and a short-printed rookie photo variation in every box.

2012-13 Panini Prestige basketball hobby box
Prestige packs four hits in this one — three of those autographs — with one of 100 different Rookie Cards found from two rookie classes in every pack. One of the biggest ones (and still perhaps under-appreciated, too) is Kyrie Irving.

2014-15 Panini Excalibur basketball premium box
These high-end boxes were created to sell in Target stores and they include at least three hits as part of a 60-card offering. There are Crusade inserts and big-name rookies here like Andrew Wiggins along with plenty of potential not typically seen in the retail aisle. It’s worth a look at a fraction of the original high-end price.