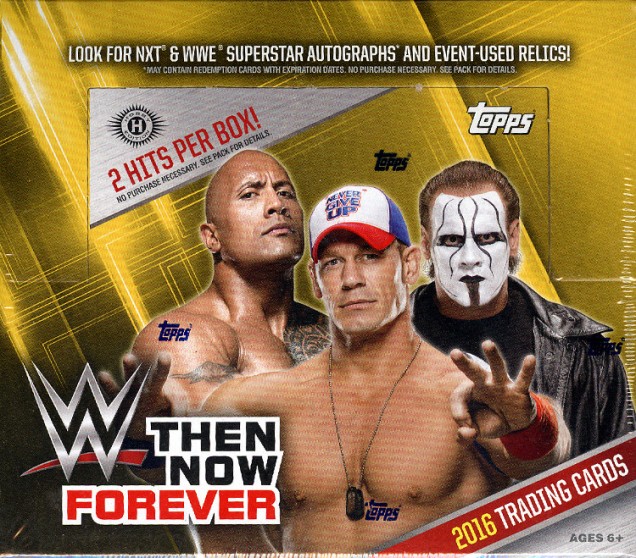 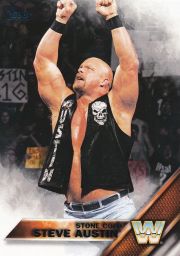 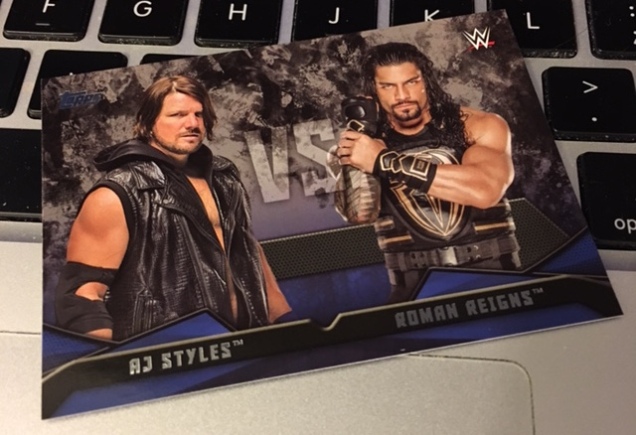 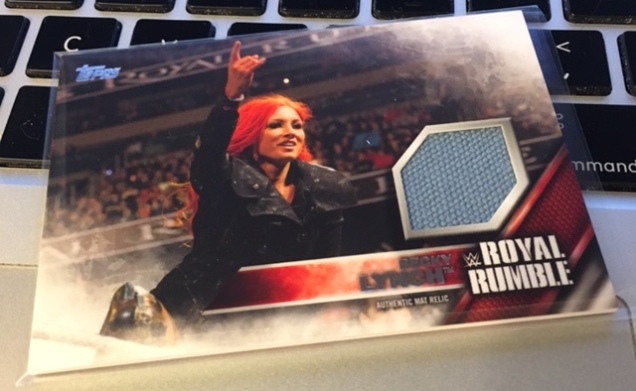 What’s Buzz-worthy: The second series of he flagship WWE set includes many of the big names that went missing in Series 1 but there’s not a formal Series 2 name here to indicate that. Meanwhile, the design is a continuation of the flagship and the numbering starts at card No. 101. (Methinks Vince McMahon wanted the name, not Series 2 … ) This one includes a healthy amount of NXT cards some simple Rivalries cards, a new wave of The Rock Tribute cards and a meaty base set that’s paralleled a few times. If you’re a collector of WWE this is a welcomed new try at something with a second series. If you haven’t it may be one to consider trying just because of the star power and there being a hit in every box. You won’t find any autographs here but the good news is that the hobby boxes seem to be delivering uno at a heavier rate than even Relics. That makes hobby a no-brainer if you’re a regular WWE buyer.

Product Grade: A
Box Grade: B
Fun Grade: B+