If you hadn’t noticed, there are a number of boxes with discounted prices now over on the mothership as BlowoutCards.com’s Black November Wave 8 hits today. 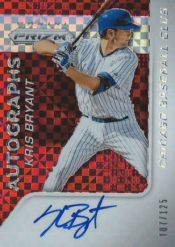 You won’t find as many packs in these boxes, but you’ll find two autographs and more than one parallel or insert card in nearly every single pack. The Prizm rainbow here is as strong as it gets and there are plenty of big names to be found among a young crop of signers and a number of big past names — Kris Bryant, Aaron Judge, Luis Severino, Corey Seager, Addison Russell, Joc Pederson, Steven Moya, David Price, Will Clark, Jose Canseco and plenty more. It’s not as cheap as it used to be as these boxes have heated up some but they’ll remain a fun option to rip as long as they are still around.

2014 Topps Turkey Red football box
These packs are all about the ink — and maybe some SPs — but they’re a quick rip. Among the Rookie Cards here are Blake Bortles, Johnny Manziel, Derek Carr, Devonta Freeman, Khalil Mack, Teddy Bridgewater, Sammy Watkins, Allen Robinson, A.J. McCarron, Jeremy Hill and Odell Beckham Jr. to name a few and there are plenty of rare autographs, too. You get one autograph in every box and there are some very tough pulls.

2015-16 Panini Prestige basketball hanger pack box
You may have seen these hangers at retail stores but now you have a shot at them for a fraction of the cost and even as a sealed case. There’s a limit of one there but in a case you’ll be able to rip 36 boxes each with three rookies inside and some of them are unique to this format.

2013 Bowman Chrome Mini baseball factory set
Want more of a sure thing with your Black Friday purchases? This one might be for you. It’s a mini version of a year’s worth of Chorme and each of these sets includes 30 parallels, which could be printing plates, Superfractors or one of several shades of Refractors. The easiest pulls are limited to 125 copies, while most are under 50. Buzz ripped one of these in the past and received three printing plates — the same kind of crazy thing could happen to you. Meanwhile, the player crop here isn’t bad, either. 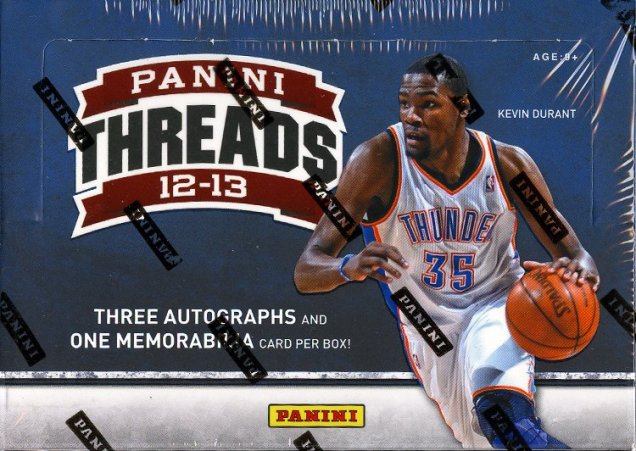 2012-13 Panini Threads basketball hobby box
Want a shot at Anthony Davis and Kyrie Irving rookie ink as well as Steph Curry? They’re all own here along with the likes of Kobe Bryant, Kevin Durant and plenty more — and now it’s on sale with a pretty dramatic discount.