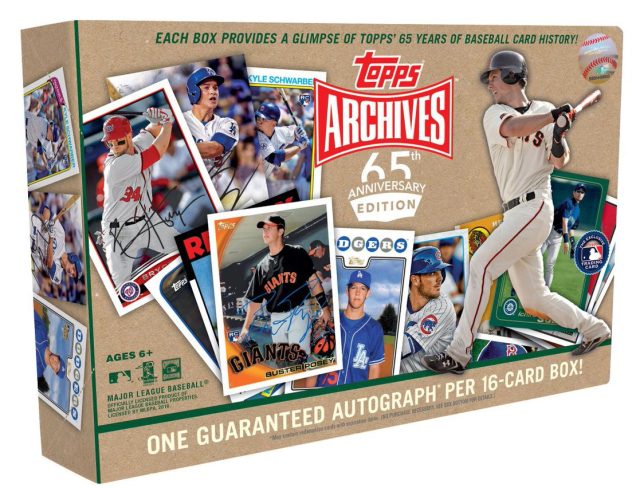 It’s still the 65th anniversary of Topps baseball cards and there will be a new set at Walmart to prove it.

It’s 2016 Topps Archives 65th Anniversary Edition and it will include one autographed reprint of a past Topps card along with 15 cards from a set revisiting the past MLB releases from the company in each $24.98 box. 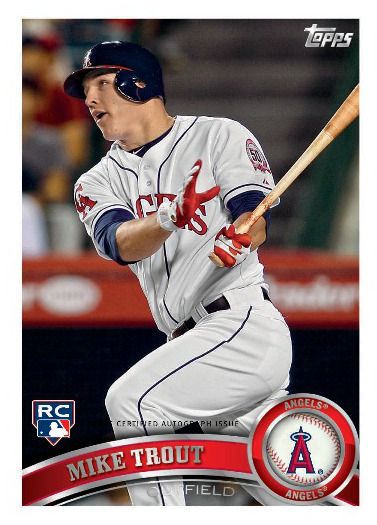 Each year will be represented in the set with there also being Green back (/15), Red (/50) and 1/1 Black parallels. There will also be 10 2016 rookies on a vintage card design worked into the mix along with ink as well as 10 short-printed base cards for players not already found on a regular card.

Inserts here will be buybacks as well as printing plates for the autographs, which will be found with Green (/99), Red (/25) and 1/1 Black parallels.

The set will arrive in stores beginning on Nov. 23.