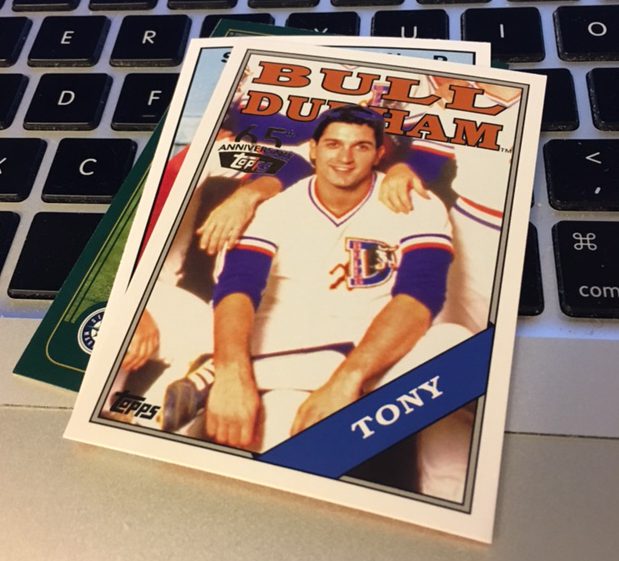 What’s Buzz-worthy: Topps offers up this Walmart-exclusive product that takes a look back at past Topps designs with the Archives approach — a mix of reprints and memorable players on retro designs with backs from the 1975 Topps set. The kicker here is that there’s one autograph in every single box and this box included a respectable one in Harold Baines. Oddly these also include Bull Durham cards from this year’s Archives set but with a 65th Anniversary stamp here. These are one in every four packs — and could get interesting if those who did not have base cards in the set (but did have autos). These were not announced on the checklist but offer a surprise. Generally speaking, this is a rip with some potential for big-name ink — just wish there were more cards in a box.