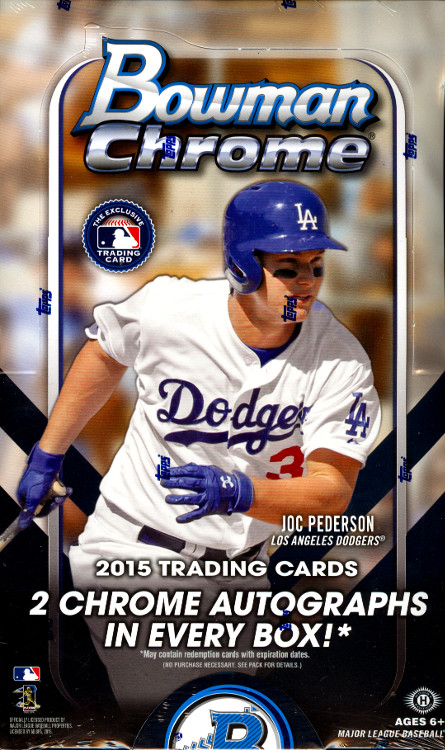 If you hadn’t noticed this month, there have been a number of boxes with discounted prices now over on the mothership as BlowoutCards.com’s Black November has been rocking the hobby.

Now, though, we’re prepping for Black Friday with a preview wave of what’s to come.

Many of the discounts were dramatic enough that Buzz had to sit down and ponder the possibilities in many of the boxes and cases — and here are five options that caught this collector’s eye. (Be sure to click this link to see how much these will be discounted.)

2015 Bowman Chrome baseball hobby box
The rookie auto crop isn’t what a lot of Chrome buyers scout first but the list of names found in this one is impressive — Byron Buxton, Carlos Rodon, Francisco Lindor, Joc Pederson, Kris Bryant and Noah Syndergaard. There are, of course, then the prospects and plenty of rainbow potential that the Chromies are known to collect in bulk. A lower price on these boxes should entice more than a few rippers — and cards like this Bryant auto could be in there with two autographs in every box.

2015-16 Panini Clear Vision basketball hobby case (eight boxes)
This isn’t your traditional brand these days with just one autograph in every eight-box case, but it’s one with a unique look, plenty of rare parallel potential and star power. There are two Rookie Cards, an insert and two parallels in every box and they’re all printed on acetate. At this case price, it’s worth considering if you’re an NBA fan or even just a collector wanting to try something different. 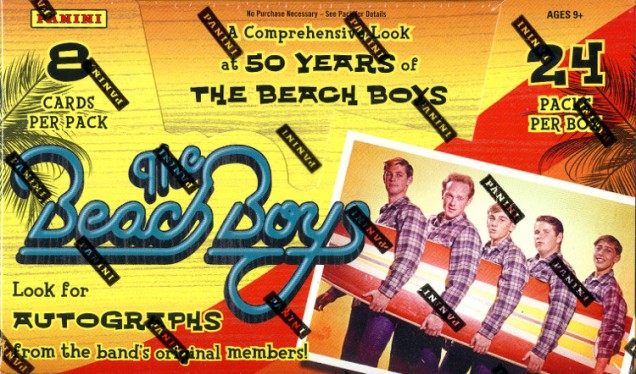 2013 Panini Beach Boys hobby box
This box is admittedly probably off the radar of many collectors but that doesn’t mean that it can’t deliver. In fact, these can deliver well if you pull the right ink. This Brian Wilson card here? It sold for more than you might think and he’s not alone when it comes to autos in there that have topped the $100 mark. Like the Panini Country release, there are non-traditional collectors chasing cards here to build sets or chase stuff they like with no regard for what something “should” cost based on what it is or its scarcity. Meanwhile, they may not know where to buy boxes — or not want to. Those things can lead to some surprising results — and that’s not the only surprise. Check out the price on this box. 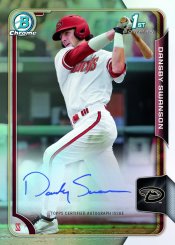 Atlanta Braves shortstop Dansby Swanson has the kind of on-field and cardboard potential that makes some fans feel good and that’s one thing that Atlanta fans in particular need. This box is the first place to find Chrome ink for their future star though there’s one catch — he’s in the wrong uniform. Swanson’s trade from the Diamondbacks happened the day before this product’s release — but all those Chrome Swansons had already been signed. There’s more to find here besides Swanson and at a cheaper price than usual it’s definitely worth a look. 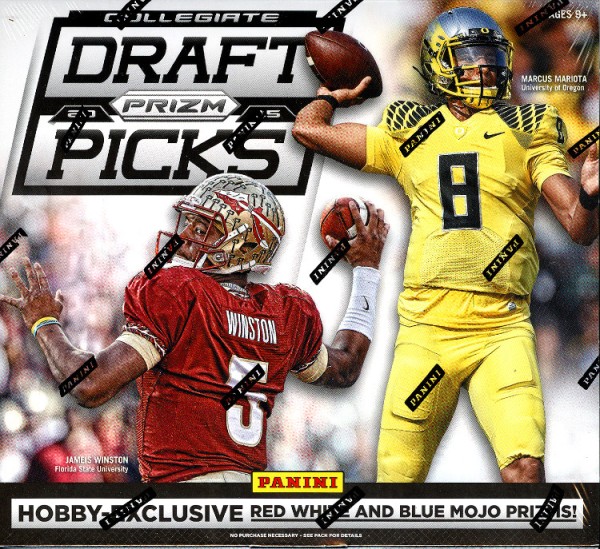 2015 Panini Prizm Collegiate Draft Picks football hobby case (20 boxes)
Need a cheaper but meaty football rip? Dig into a case here. The college-focused Prizm rainbow found in these boxes, which have a pretty dramatic discount. You’ll find two autographs per box along with a dozen inserts in every 12-pack box. Oh and you’ll also find some of the game’s biggest notable names among young NFL stars.