The stars of the Octagon are coming to cardboard once again — and this time it’s a high-end release. 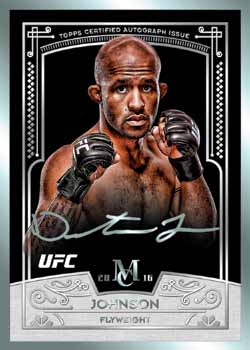 Every box of this one will include three hits — an on-card auto, an auto Relic and a Relic — for a price that isn’t quite as high as its namesake in other sports. Click here to see more details from our First Buzz preview for this one.