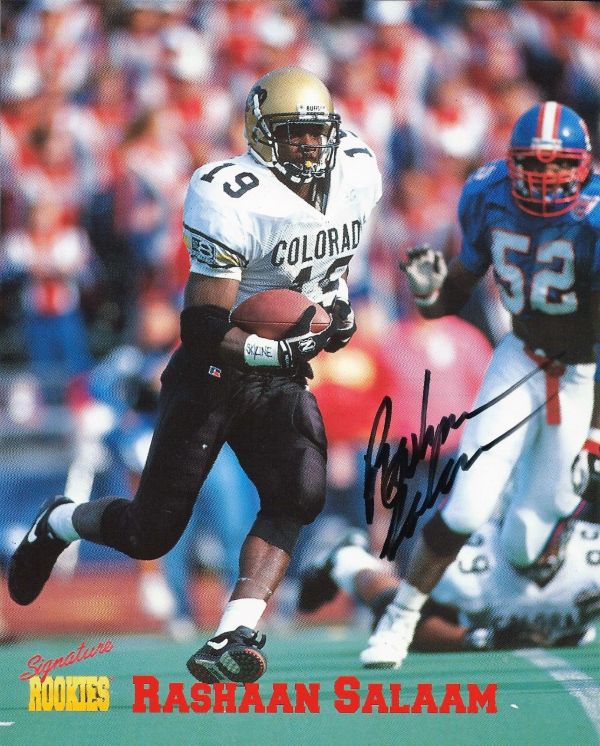 Rashaan Salaam, the winner of the Heisman Trophy as the top college football player in the country back in 1994, died on Monday and was found in a park in Boulder, Colo. He was 42.

The former Colorado Buffaloes star rushed for 2,055 yards and 24 touchdowns in his final college season before playing four years in the NFL. The Chicago Bears took him with the 21st pick in the 1995 NFL Draft and as a rookie he rushed for 1,074 yards and 10 touchdowns. He added just 610 yards and three scores the remainder of his career, which ended as a member of the Cleveland Browns in 1999. 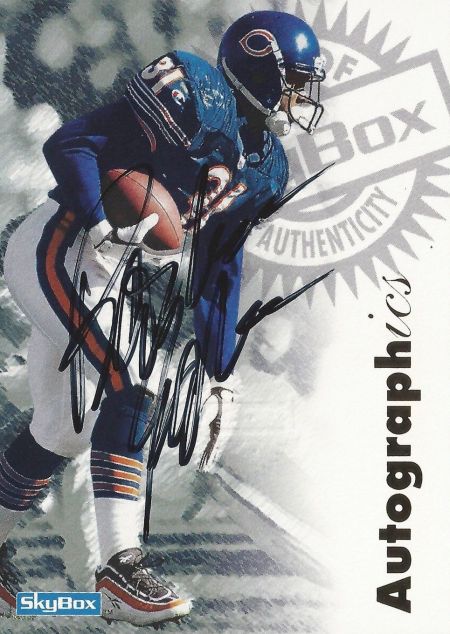 On cardboard, Salaam has a relatively limited resume with just under 750 different cards but just 21 certified autographs. He also has just four memorabilia cards — two of those coming in the 2001 Topps XFL release. As a former Heisman winner, though, he’s among players who are historically very sought-after by collectors who focus on the award.

Most of his autographs can be found in 1995 releases from Pro Line, Classic, Signature Rookies and Superior Pix. Only the Pro Line is an NFL card, though for that season’s set the rookies were shown in their college uniforms. His most-recent autographs — his only of the 2000s — were signed for the 2005 Playoff Honors Award Winners Autographs set. It was a card limited to just 300 copies.

“The Buff Family has lost an outstanding young man and a great Buff today,” Colorado Athletic Director Rick George said Tuesday. “We are heartbroken for Rashaan and his family, and our thoughts and prayers are with them at this very difficult time.”