It’s all your fault, Nintendo.

The hottest (though seemingly non-existent) toy of the holiday season has been without question the NES Classic, a miniature modern-day version of the old Nintendo Entertainment System pre-loaded with 30 different games from the heyday of the 8-bit platform.

Buzz knew this would be big the day it was revealed months ago and I’ve checked chain stores multiple times a week in the time since its arrival last month seeking that Shangri-La Shelf where the Classic sat at its posted price of $59.99 — not the massive amounts more allegedly being paid on eBay. (Sure, some of those “sales” aren’t legit — many of them in fact — but some of the lesser high-priced sales wouldn’t shock me since I’m sure the NES Classic has caused angst for other people out there.)

There was a side effect after all this aisle-walking and checking out video games like I hadn’t done in years, if ever. It made me do something I never would have predicted months ago.

What did I do? I bought a PlayStation 4 — my first new video game platform in 15 years.

With it, I tacked on a copy of MLB The Show 16 and a couple of Star Wars games that impressed visually and story-wise in their trailers. I figured one of them, LEGO Star Wars: The Force Awakens, would good for kids, and would add some fun factor for me being a newbie. Confession: I had a PlayStation 2 ages ago (I’m sure it’s in a box somewhere near some cards) so I’m somewhat familiar

with the controls and some basics of life beyond the simple complexity of up-up-down-down-left-right-left-right-B-A-start, but I was given a rude awakening after popping in the first disc.

Baseball, at least on the PS4, is a lot more complicated than balls and strikes.

Legos? They’re apparently not what I remembered years ago — though the pieces look about the same.

And Star Wars Battlefront? While I enjoyed training sessions as an invincible Darth Vader, I can’t fly an X-Wing at all (so much for seeing myself like Luke Skywalker as a kid) and all those barrel rolls and spins to avoid the TIE fighters high above Beggar’s Canyon can lead to real-life nausea.

Simply put, I think I learned that video games might have passed me by. Sure, those 8-bit games needed hours and hours of practice to master long ago — a byproduct of summertime and winters living in a cold state — but the here and now is a bit (pun soooo intended) different. Gaming for me today? They’re just something to try for an hour or two for fun — not a week, for not a month 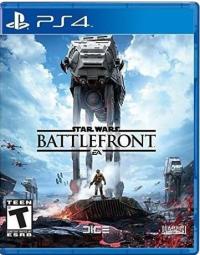 t0 master. And that’s assuming no injuries or lingering after-effects from X-Wing flight.

The pricey investment in a PS4 and some games wasn’t much more dramatic than a few shredded card boxes, but it was one I expected to offer up a diversion here and there to, you know, take time away from buying card boxes a bit when there’s nothing new that’s affordable. I figured they could be a fun diversion alongside the fun of collecting. That notion still holds true, but probably not without a $20 idiot’s guide or two from Prima Games for a couple of games, some Dramamine and some patience — a lot of patience — if I get back in the X-wing.

I’ll keep on trying this whole new world of gaming — and I haven’t even thought about the online component yet — and maybe I’ll keep on looking a little more and keep searching for one of those NES Classics. It’s there where I’m confident that I can dominate more than a few Super Mario and Zelda games and tear it up on some Dr. Mario and Excitebike.

There’s a Game Genie included with it, right?

Well … at least I can always fall back on baseball cards.