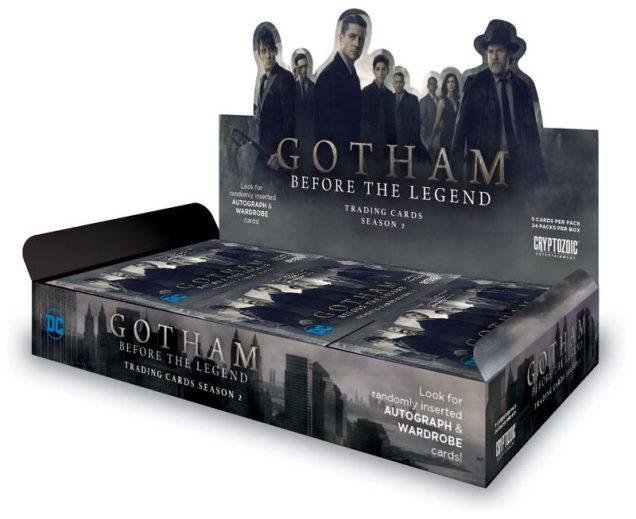 The second season of Gotham on cardboard will include some of the biggest names in the city.

How do we know? Cryptozoic has unleashed the first 16 names of signers for 2017 Cryptozoic Gotham Season 2, which is due early next year. 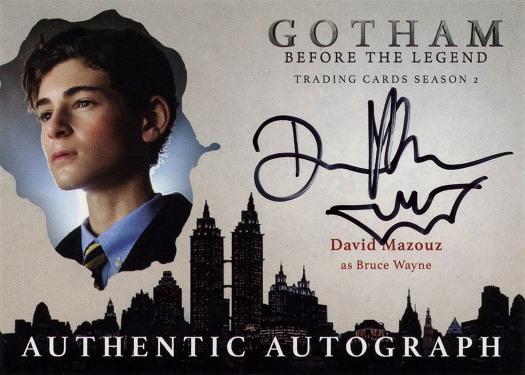 Among the biggest is the ink of David Mazouz, who plays a young Bruce Wayne (eventually aka Batman). Autographs and memorabilia cards will be in the mix when this one arrives, though details have not yet been finalized.

Here’s a gallery of those who have signed on so far.