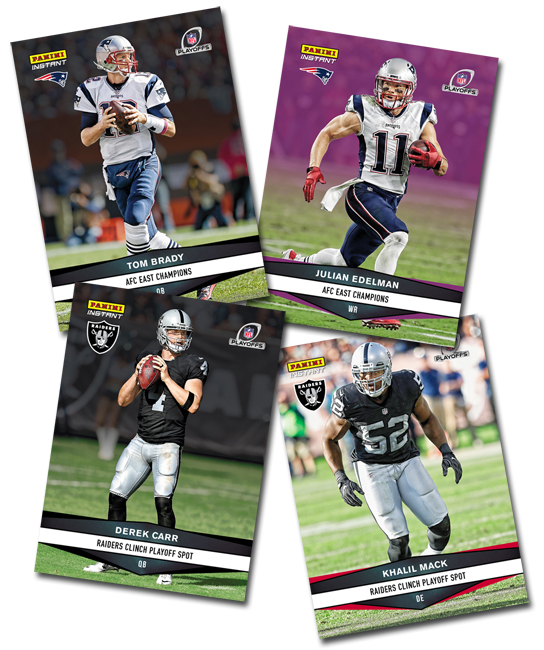 Joining the previously released Dallas Cowboys and Seattle Seahawks team sets are 25-card releases for the New England Patriots and the Oakland Raiders. 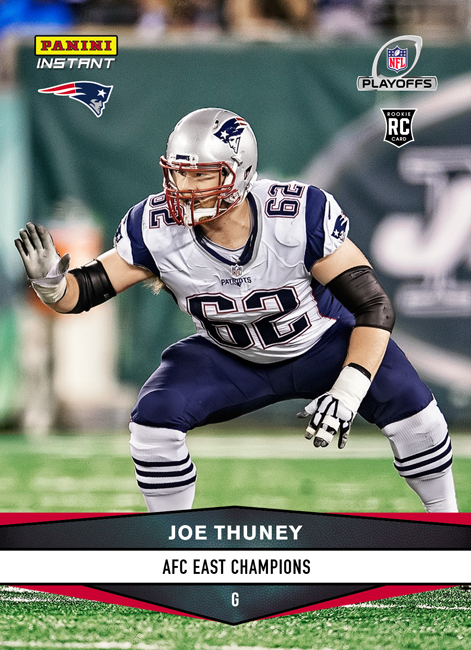 Each set is available in standard form printed to order for $29.99 along with Purple parallel limited to 10 copies for $199.99 and a 1/1 Black version listed at $499.99. There are a handful of players appearing on their first football cards for each team, something that could add to the interest here, though linemen aren’t always in big demand.

The sets will be available for only 72 hours or until sold out in the case of the parallels. They are only initially found on the Panini Instant site and you can find more info by clicking here.