Fans of The Big Lebowski and other Hollywood creations from the big and small screens may have an extra reason to visit the toy aisle or thanks to GreenLight Collectibles and its Hollywood line that has been bringing vehicles from the reel world to us all.

Ok … these specialty toys aren’t exactly new — they’ve been going since roughly 2011 — but there have been as many as 15 series so far and Walter Sobchak’s van was among them and that’s enough that Buzz needed to take a look. 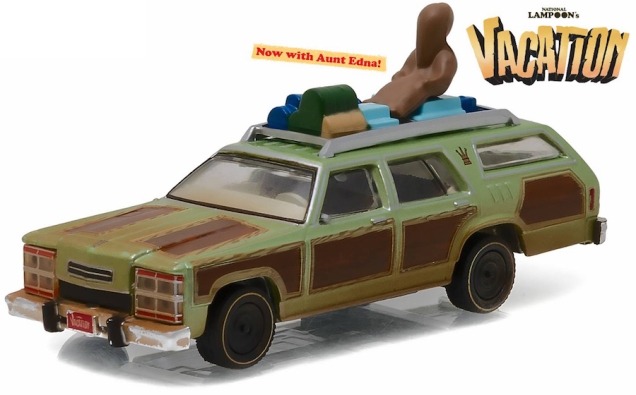 Lebowski will have more diecasts to come — The Dude’s 1973 Ford Gran Torino, Da Fino’s Volkswagen and Larry Sellers’ Corvette among them — and they’ll join a long list of licensed toys that add some nods to past moments and characters as new collectibles. Some are available as 1:43 scale pieces and most are found as affordable 1:64 creations.

Some are simple — like an Anchorman news van — and some are more twisted like the Aunt Edna-enhanced Vacation homage. Other properties found here have included The Blues Brothers, Breaking Bad, Clueless, Field of Dreams, Fast Times at Ridgemont High, Gremlins, Kill Bill, The Hangover, Talladega Nights, Smokey & The Bandit, Lost and The Walking Dead.

These past releases may not always be found at your typical stores but you can find a number of them relatively easily on eBay. Check out the gallery below here and see even more over at GreenLight Collectibles.

One thought on “GreenLight brings Hollywood’s memorable wheels to collectors”