Clemson’s NFL-bound national championship-winning quarterback will be signing for a new team before the NFL Draft.

That team is Steiner Sports, which has a number of Deshaun Watson autographed items available for pre-order now in advance of a signing later this month. 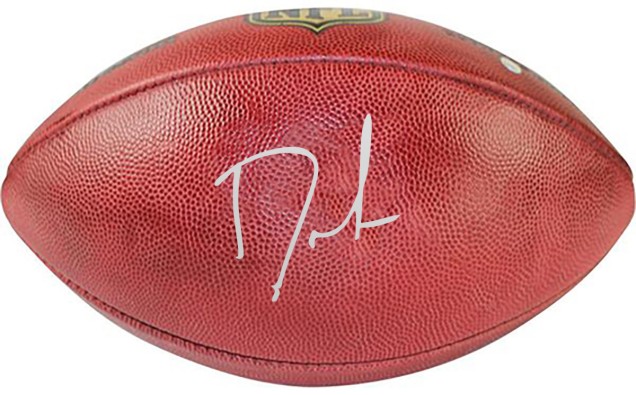 Watson, who led his Clemson Tigers to a last-second 35-31 victory over the undefeated and top-ranked Alabama Crimson Tide to win it all, will be an early pick in this year’s NFL Draft and has 10 different items available through Steiner.

The starting price on a number of Watson pieces is $199.99 and that includes a 16-by-20 print of the Clemson national champions Sports Illustrated commemorative issue and Clemson mini-helmets with and without the national champs logo. Signed footballs are $299.99 for college balls (two styles) and $349.99 for an official NFL ball, while full-size helmets are $349.99 for a replica and $499.99 for the rest of them.

You can see a number of the items (mocks) in a gallery below and you can find more information on the pieces by clicking here.