The box: 2017 Topps WWE Road To WrestleMania
Where to buy: BlowoutCards.com 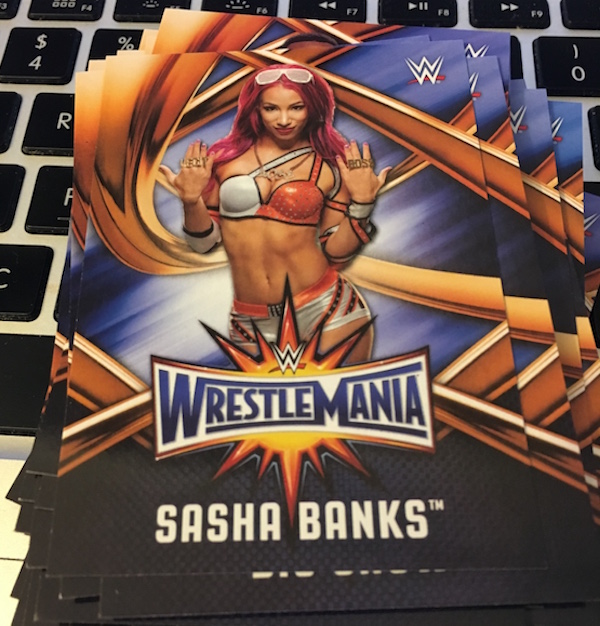 What’s Buzz-worthy: If there was a Hall of Fame for revamped trading card sets from Year A to Year B, this one would be a first-ballot inductee. Its simplicity hasn’t changed — recap highlight moments throughout the year — but the design approach has been revamped from a simple rigid photo border to an organic loose design that showcases the photography of the WWE better while allowing for more design touches, larger and bolder show logos and a better placement of the card subject’s name. This makes these feel closer to basic cards than highlight cards and this makes a massive difference. The autographs are nearly all signed on-card for this one — and they are all numbered. This box delivered well with a basic auto and a Blue parallel of top female names in the WWE. It also over-delivered with a pair of Silver parallels. Those numbered cards are a good thing — because that’s about the only drawback here as the parallels can be tough to spot. The insert lineup is super-simple with a couple of Roster inserts per pack and then a John Cena Tribute and parallels. That’s it. This box had perfect collation for the base cards, near-perfect collation for the biggest insert set and delivered well overall. It wasn’t a great year in WWE during this time on the TV but on cardboard you’d think that it was a massive success … because this set, albeit simple, is just that.