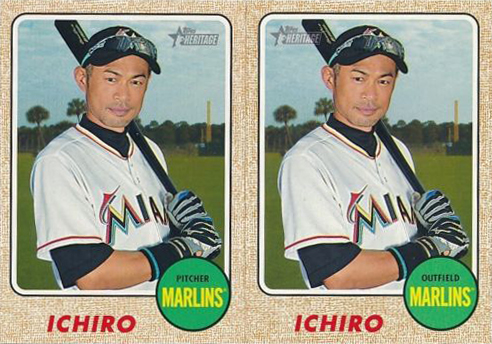 Our annual trip back in time officially arrives on Wednesday as 2017 Topps Heritage hits once again with a look back at the burlap design of 1968 Topps using today’s stars.

Part of that package will be variations that are based on errors and variations from the original set that it seeks to replicate (at least in part) and we’ll get to those right here as they arrive.

For now, though, our gallery here will include looks at the basics and other fun finds as they arrive — and they have started to show up from Topps and they’ll be hitting eBay auctions via retail breaks at any time now.

Random nuggets: So far, some of the known parallels include gray backs (/10), bright yellow backs (/25), blue borders (/50) and flip stocks (/5). There also will be 100 cards with Chrome versions and some cards with mini versions (/100). The blue borders literally have blue burlap borders.

Now to the galleries … 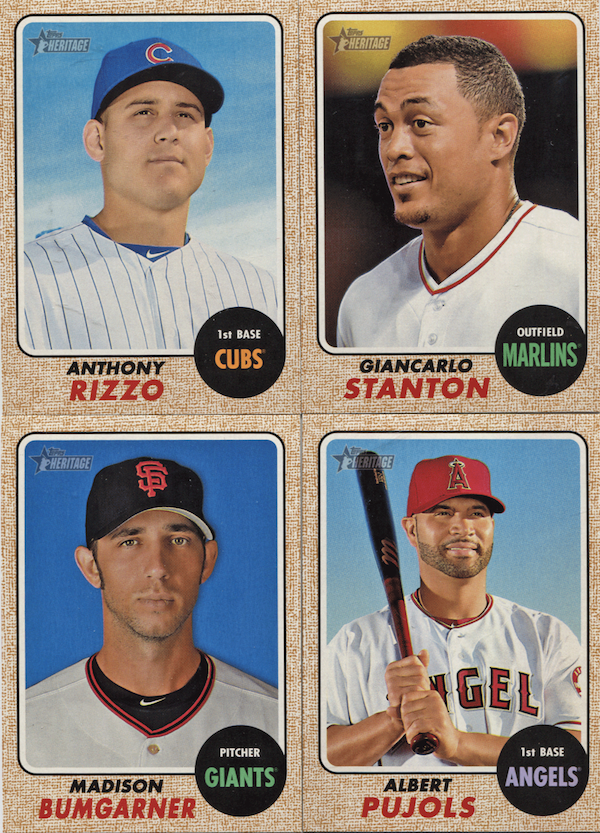 We’ll update a general gallery below in addition to the one above as well as this post with new images and variation info as it develops. Here is a rundown of the basics you may need as well: 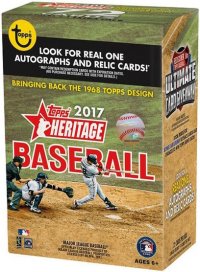 — Need a checklist? It is here: Click to view a downloadable PDF or the full checklist in table form.

— Need to see more info? Check out our First Buzz preview and a gallery of preview images.

— What errors and variations might be found? Click here for a primer on 1968 Topps miscues that could be emulated in this release.