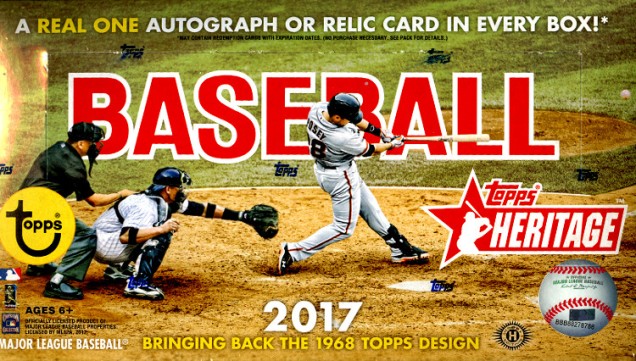 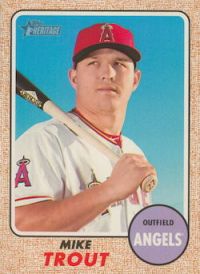 >>> For a checklist and the variation galleries, click here

>>> For a checklist and the variation galleries, click here

What’s Buzz-worthy: This year’s Topps Heritage brand takes us back to 1968 with many of the touches that we have seen in recent years with one of the most-unique border textures in the history of cardboard — the burlap border. It’s not the wood of 1987 or 1962 Topps but it stands out among the pack and it’s faithfully recreated here. This box delivered better than it could have with a pair of variation base cards (one action variation is the norm) and it included some decent names among the short-prints with Mike Trout and Francisco Lindor. This year’s SP crop includes card Nos. 401-500 so it’s not as easy to land some of those names compared to the past but it didn’t feel like a barren break. Was it perfect? No, it was kind of the typical Relic box but there’s no doubting that you can do very well with luck ripping these boxes and it’s got nothing to do with the hits. It’s a bit early to truly digest this one but it sure feels like this one is an improvement over the last two years of Heritage and it’s one worth ripping as long as you don’t over-pay. Autographs seem a bit tougher than in recent years — three per 12-box case if you get lucky — but this brand is home to some really good stuff if you rip and have Lady Luck on your side.

Product Grade: A
Box Grade: A-
Fun Grade: B+