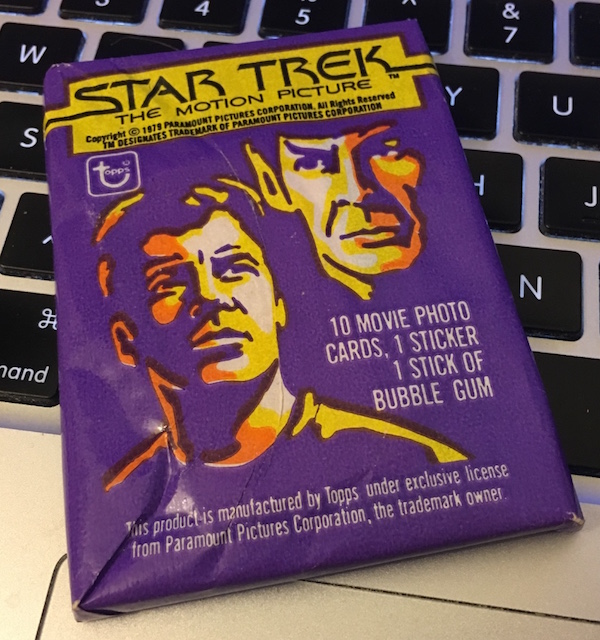 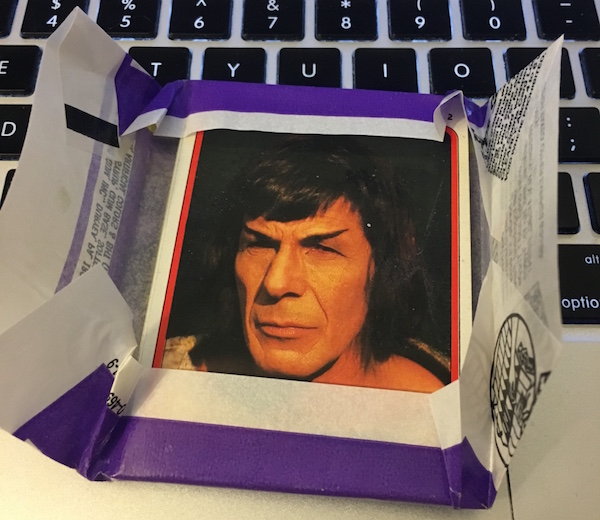 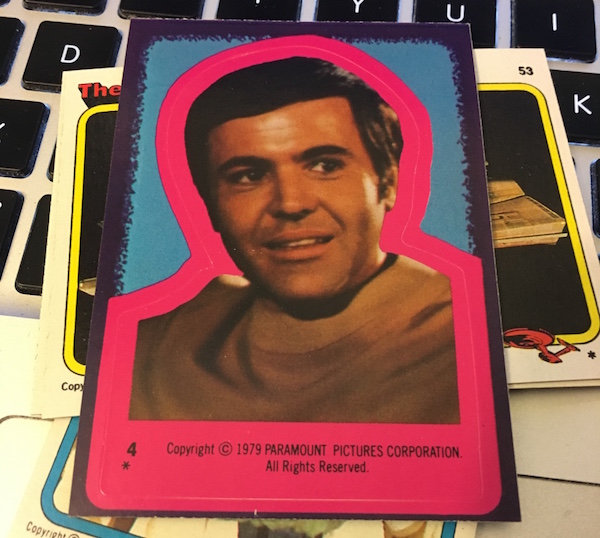 What’s Buzz-worthy: This isn’t the earliest Star Trek card set out there, but it’s one that focuses on the first film of the long-running sci-fi franchise while using the long-running Topps model for non-sports cards — a small base set, a small selection of stickers (crew members, aliens and ships) and a small selection of cards with info on the backs while the rest are puzzle pieces. This pack wasn’t bad but it does show the issues of the era — rough cuts, rough centering (and some slight diamond cuts) and some odd visuals (those aliens … eek!) here and there. Generally speaking, it still works. There were a few key cards in this pack — the James T. Kirk card and one of the main cast — and some others that definitely make this collector to want to rip some more. There could be fun with potential grading here, too, but that’s not a natural reason to dig in. Because it’s Trek, complete sets aren’t as dirt cheap as other non-sports releases of the era, but they’re still quite affordable for their age. Non-sports have come a long way since this time — but it’s always fun to check out sets for notable franchises. Sometimes they don’t age as badly as their films do. Don’t believe me? Watch the trailer below before checking out the card gallery …

Product Grade: A-
Pack Grade: B+
Fun Grade: B