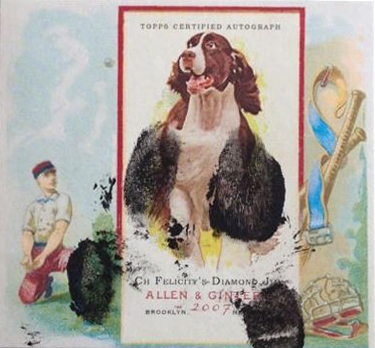 Today is National Puppy Day and for card collectors there are countless options if they want their collections to go to the dogs. 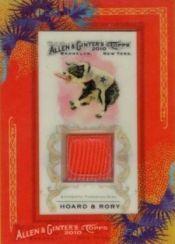 From one brand alone there are Pawtographs, Relics and plenty of inserts — and that’s just one of them as all kinds of things have made their way into packs in the last 20 years (and unusual non-sports sets were the norm in tobacco packs of the 1800s and later years).

That brand? It’s Topps‘ Allen & Ginter, which has included canine cardboard since its debut in 2006 when it included cards and paw-print Pawtographs from Ch. Felicity’s Diamond Jim, an English Springer Spaniel who won Best in Show honors at the 2007 Westminster Dog Show. In 2010 the brand included cards and Relics for Rory, who was “America’s Most-talented Dog” — a three-time disc dog world champion who dazzled with his skills. (The memorabilia is a piece of a used frisbee.)

But a simpler option for collectors? That came in 2012. 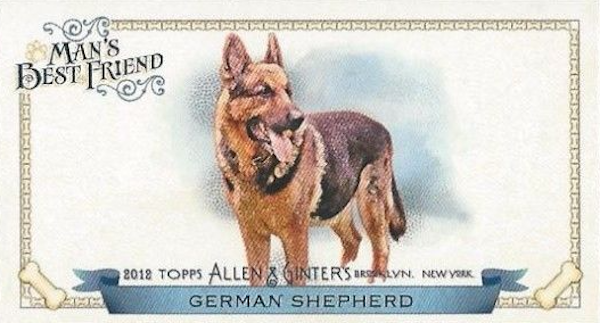 That was the year Allen & Ginter included a 20-card set called “Man’s Best Friend” and it spotlighted iconic dog breeds. These were among a few mini inserts found one in every five packs, meaning you’d need to rip quite a few packs to build this set, which you can see in a gallery below.

(They’re a bit easier to collect now with much of that past wax ripped — and most collectors looking for, you know, baseball players.)

There are countless other dogs who have appeared on cardboard both in other years of Ginter
and elsewhere — minor league “bat dogs” and real-life mascots, vintage tobacco cards with dog breeds just like this Ginter insert set, and even humans with dog trivia — hot-dog eating champs like Matt Stonie and players like Greg Maddux (aka “Mad Dog”), Fred McGriff (aka “Crime Dog”) and so many others.

And, really, there’s plenty more — but I’ve spent too much doggone time on this post.

Is today the day to consider one of these cards or a new collection? Maybe … or you could wait for National Cat Day on Oct. 29.