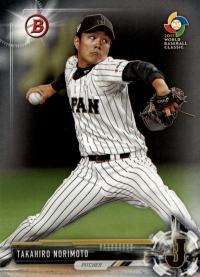 What’s Buzz-worthy: Statistically, this box over-delivered in spots with the Silver parallel and with the inserts but this particular box’s selection of basic cards, Rookie Cards and prospects was relatively rough. Helping it out were a couple of Bregman inserts and a Moncada appearance but both Bregman cards have vertical centering issues and that 1948 set is definitely not among this collector’s favorites for the Bowman 70th anniversary throwback inserts. There are some big, big highlights and potential in this brand this year and it’s got another fresh design approach that helps it feel more modern (though the Silver parallels aren’t easily spotted). All in all, if you’re a Bowman regular this one is right there for you — Buzz will have more to say after busting a hobby box here soon. The brand is definitely hot with all of its inclusions on the rookie and prospect ink and parallel front, so if you can’t swing a hobby box right now, blasters are worth the try.