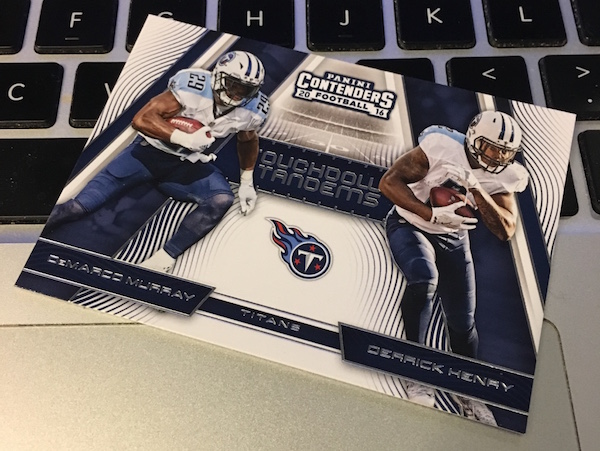 What’s Buzz-worthy: As said here in a previous break, this box delivered only two inserts and a hit. This time it was an autograph instead of a jersey card, which is a plus. The design of this brand is crisp and clean with a good amount of info but the foil-stamping on the base cards (the touch that gives every card its ticket feel) is a bit overbearing, especially when you sort card after card. One weird thing here? There were some packs with duplicates, which probably shouldn’t happen with so few standard cards in the basic set but even fewer cards in a blaster box. Overall, this was a decent collecting experience just not all that fun with just three cards in a 40-card box that weren’t base cards. However, with hobby boxes being as pricey as they are (due to multiple autos) blasters might be the way to go — if you can find them.