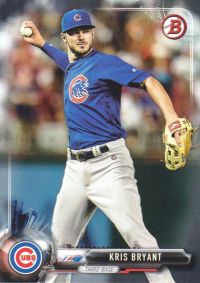 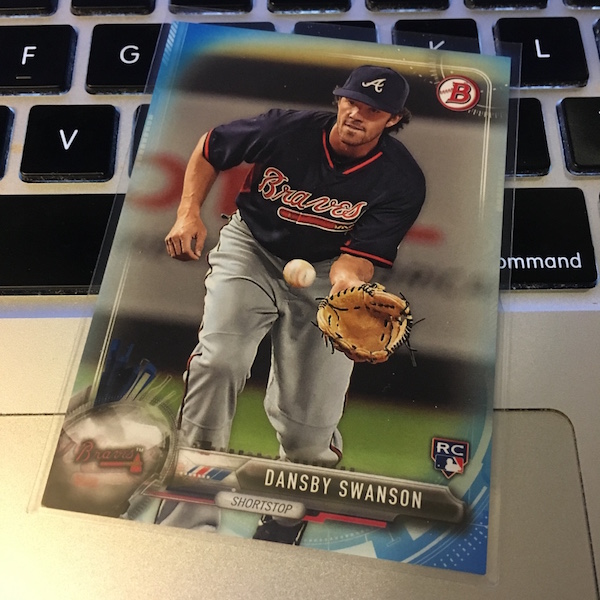 What’s Buzz-worthy: Wow, what a blaster box. Who cares if there wasn’t a hit? The Blue Dansby Swanson is one in 235 packs. The Silver is one in 47. The Purple Chrome is one in 94 — all in the same box. (And, reminder … there are only eight packs in a blaster.) Throw on top of that inserts for Alex Bregman, Swanson and Kris Bryant? This box delivered better than all (a few) of my previous Bowman blasters combined. … As said here previously, there are some big, big highlights and potential in this brand this year and it’s got another fresh design approach that helps it feel more modern (though the Silver parallels aren’t easily spotted). All in all, if you’re a Bowman regular this one is right there for you. The brand is definitely hot with all of its inclusions on the rookie and prospect ink and parallel front, so if you can’t swing a hobby box right now, blasters are worth the try.