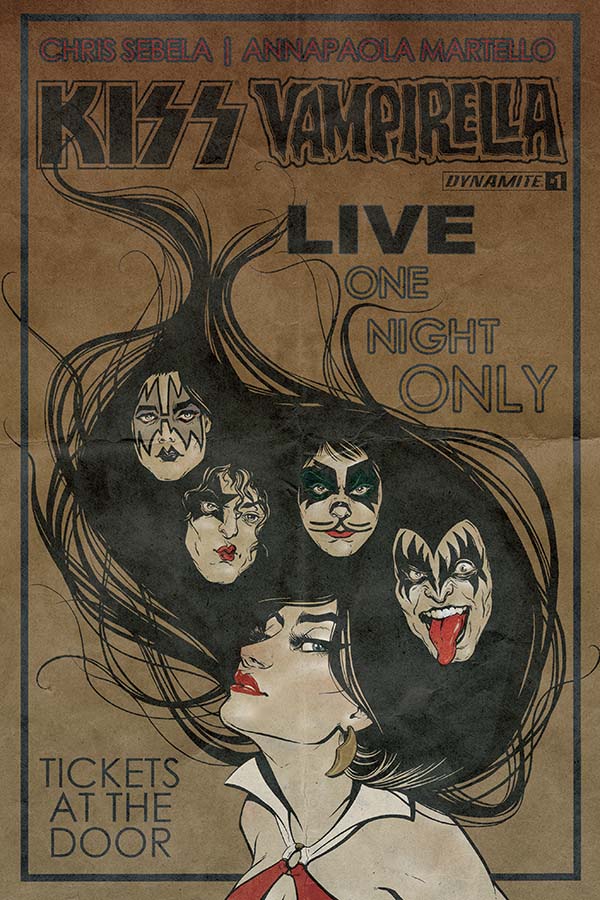 KISS and Vampirella — seems like an unusual yet still natural crossover, right?

That’s just one of the comic books arriving this month — this one specifically today — via Dynamite Entertainment, a Mt. Laurel, N.J.-based publisher that has a tie to something beyond the typical realm of comic book characters.

KISS/Vampirella arrives with six different covers for issue No. 1 — all seen in a gallery below along with a sketch cover — and that’s a common trait for other series from Dynamite, many of which come with ties to movies, video games, famous book and comic strip characters, Internet stars and more. 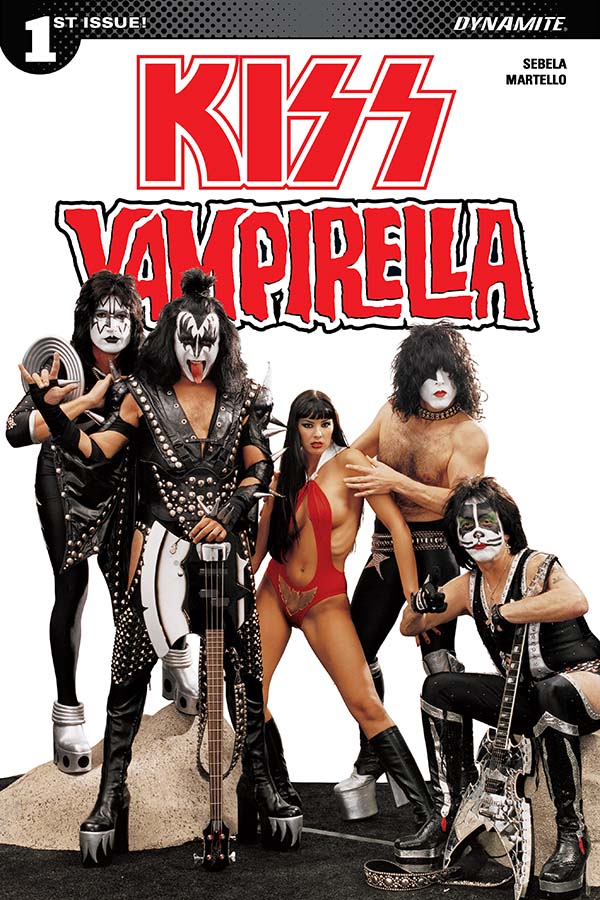 This series No. 1 arrives today with a tale that’s best-recapped by the publisher.

“Los Angeles is a strange town on the best of days, but in the summer of 1974, the City of Angels feels especially demonic. As temperatures soar and wildfires burn, all sorts of strange creatures are drawn to town, including Vampirella,” it writes. “While Vampi goes out and hunts down monsters all across La La Land — defending humanity from evil — she’s also killing it every night on stage as a member of the all-girl rock group Witchkraft — defending rock ‘n’ roll from a dying scene. Help arrives in the form of four creatures who’ve just flown into town: The Starchild, The Demon, The Spaceman and The Catman. Away from their home turf and trying to record their new album, KISS discovers that all their favorite L.A. bands have mysteriously broken up, disappeared, sold out, or gone crazy. Led by a driver who moonlights in the occult and haunted by satanic strangers dressed in black, KISS finds themselves drawn into a web conspiracy that threatens to kill rock ‘n’ roll itself.”

Gene Simmons and Paul Stanley have even signed specific comics — there are other KISS series out there — for fans (or autograph collectors) to chase directly from the publisher, too.

The iconic band isn’t the only unusual “find” in the pages of comics from Dynamite right now. Among them? Atari video games, James Bond, GWAR, Charmed, George R.R. Martin‘s A Clash of Kings (a sequel to Game of Thrones), Grumpy Cat & Garfield, Army of Darkness, Bettie Page and even a revisiting of Mighty Mouse. You can see all of these titles — and some of their variant covers — in the gallery below. Many of these series launch this month, while a few of them are ongoing series that have recently made their debut.

Check out the gallery — and you can see even more by clicking here.