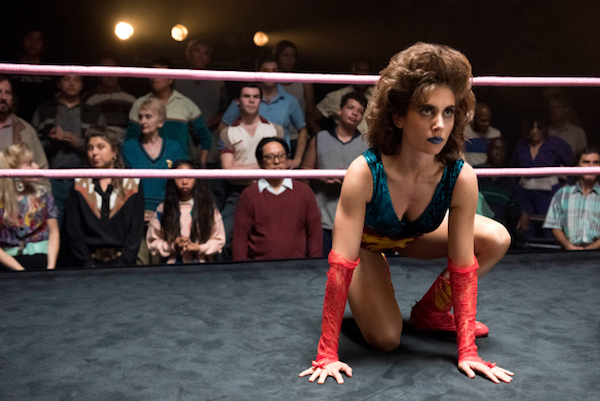 “GLOW is unlike any show we’ve ever seen” reads the Entertainment Weekly headline for a review of an upcoming series from Netflix that’s a comedic but fictionalized take on the late-1980s real-world wrestling promotion.

It stars Alison Brie as “Ruth Wilder,” a struggling Los Angeles actress who opts to try out the world of pro wrestling in the series, which is based on a short-lived women’s wrestling promotion called Gorgeous Ladies of Wrestling that ran for four syndicated seasons in real life. (Really.) The series arrives on June 23.

The real-world wrestling show was pure cheese — even to a 10-year-old wrestling-inclined Buzz — in an era where Hulkamania yellow was everywhere, but apparently the new series is packing punch with critics. The EW reviewer gave it an A while breaking down all of the reasons the 1980s-based new series works. “GLOW, which takes everything over-the-top about professional wrestling,” it reads, “pushes it to higher levels of absurdity and melodrama, and finds something deeply personal, explicitly political, and wonderfully brute-force awesome.”

Now, how about those collecting ties? Well, they’re more like pieces of trivia that could interest those who enjoy the show, but here we go … 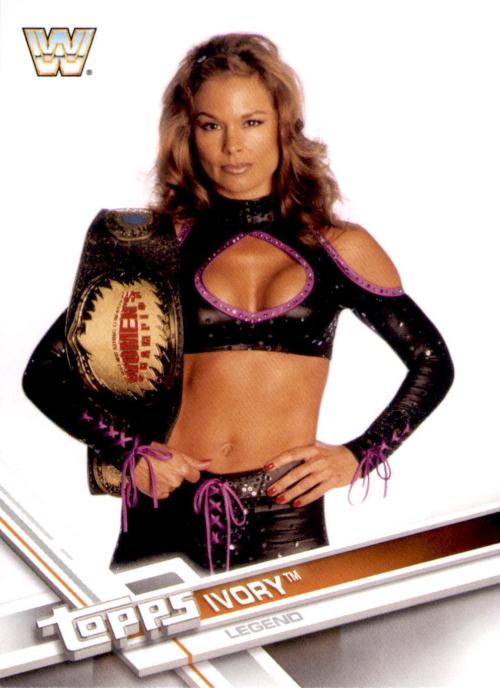 The only real-world star of the GLOW ranks in the real world was Lisa Moretti who was known as Tina Ferrari during that original run. She later became known as Ivory when she made it to WWE in 1999. She won gold with GLOW but later became a three-time WWE women’s champion during her run from 1999-2005. She’s got more than 120 different cards but only 11 certified autographs since she stepped away from wrestling not that long after Fleer began making WWE cardboard. She’s not had an autographed card since 2004, though Topps did re-introduce her to collectors in its Divas Revolution set last year and in this year’s flagship set. (New autographs? I’d bet they’re coming.) Also similarly scarce are her memorabilia cards — she has fewer than 20. She’s not part of the new show, but she’s the biggest name in the history of GLOW and is one to know for this wrestling niche. 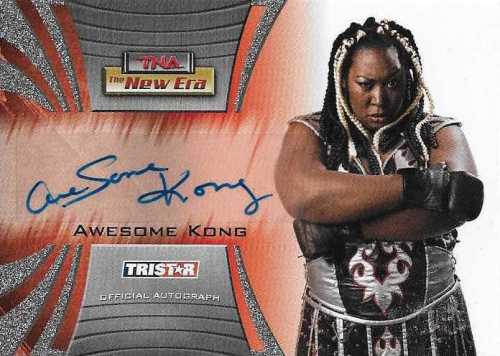 There’s at least one real-world wrestler among the Netflix series’ cast as long-time wrestler Kia Stevens, aka Awesome Kong in TNA and international work and as Kharma in her short WWE run, has a role in the show. She plays a heel whose story apparently grows on fans in the series. She’s got plenty of cardboard with more than 200 different cards and nearly half of those are certified autographs — not expensive at all so if the series gains steam they just might be picked up here and there by new fans. 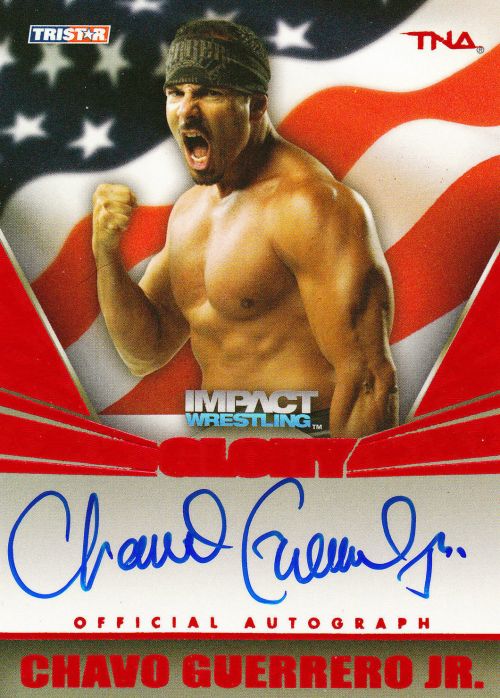 So, who’s teaching the actors how to wrestle? That’s long-time wrestler Chavo Guerrero Jr., who is part of the respected Guerrero family of performers. He’s been part of most wrestling promotions people know from TV — WWE, TNA, Lucha Underground — and more, while he also will apparently have a small role in GLOW. He’s appeared on a decent amount of cardboard — under 200 cards — but has a pretty low number of autos, just 49. (Most of those are from parallels in the TRISTAR TNA releases, too.) Ironically, his uncle, Mando Guerrero, was the trainer for the real-life GLOW stars of the past. 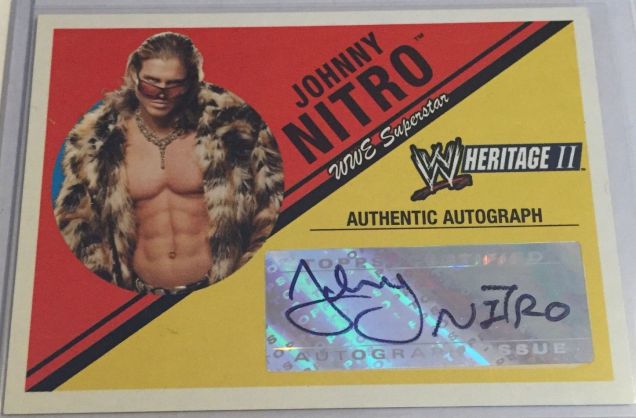 Update: It appears that John Hennigan — aka Johnny Nitro/Morrison in WWE and Johnny Mundo for Lucha Underground — also will be seen on-screen in the new series based on stills released in advance of its arrival. He’s got nearly 20 different certified autos — a relatively low number — from his time in WWE. His earliest ink was in the 2006 Topps WWE Heritage II set (above) along with other ink in sets from 2008 to 2010. Nearly all of those autos are in 2010 Topps WWE due to parallels, printing plates and a dual auto with CM Punk.

Could there be other wrestlers found on cardboard who will be found on screen when the new Netflix series arrives? It’s quite possible — we’ll see beginning late next week. For now, check out the official trailer below (some language) that recaps what’s to come quite well.