The 40-year history of the Potomac Nationals includes some of the biggest names in the history of baseball — and the team has the baseball cards coming to prove it as part of a stadium giveaway.

Bryce Harper, Barry Bonds, Albert Pujols, Jorge Posada and Andy Pettitte are just some of the players who have suited up for the franchise that is now the Class-A Advanced affiliate of the Washington Nationals. All of those stars and more will be found in the 2017 Potomac Nationals’ 40th Anniversary Team card set honoring them all to be given away at a game later this month.

And it’s only at BlowoutCards-The Fantastic Store where that set can be completed. 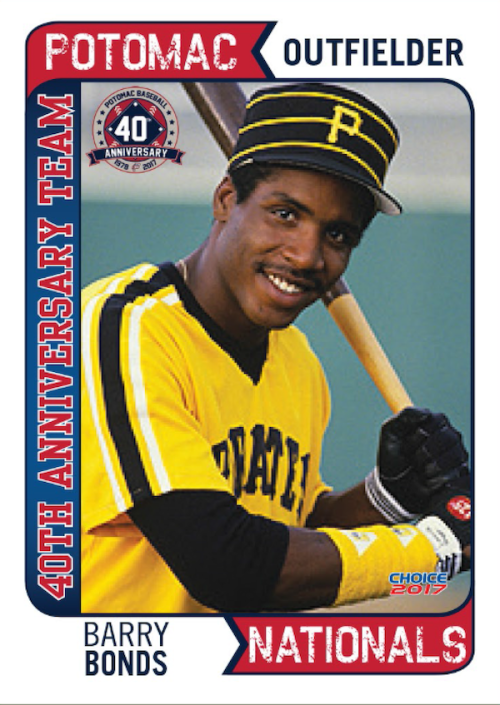 The Nationals and BlowoutCards-The Fantastic Store have teamed up to present the set, which will be given to the first 1,000 fans who attend the P-Nats’ game against the Carolina Mudcats on June 24. The 15-card set includes an insert that will allow fans to pick up a special 40th Anniversary Bryce Harper card at BlowoutCards-The Fantastic Store. Each of the 1,000 sets handed out at the game will include one of these cards that can be traded for the Harper card starting on June 27.

You can see all 15 standard cards in the gallery below along with a checklist.