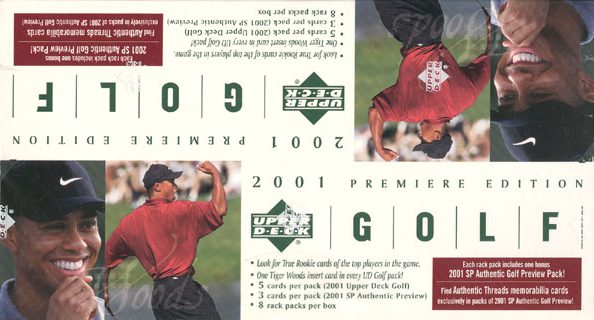 Do you like Buzz Breaks? We’re prepping for the next 12 in 12 — a series of a dozen breaks of past wax boxes and wax packs in a dozen hours coming up next week. Here’s a box that we busted but didn’t make the cut … so you see it here now as a teaser of what’s to come. 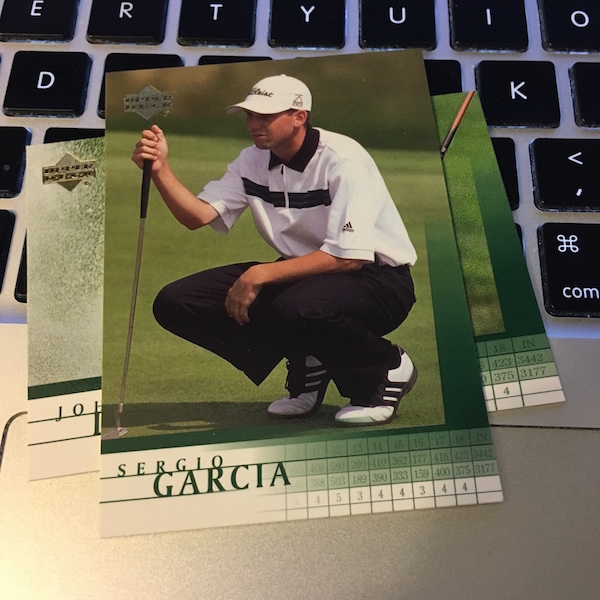 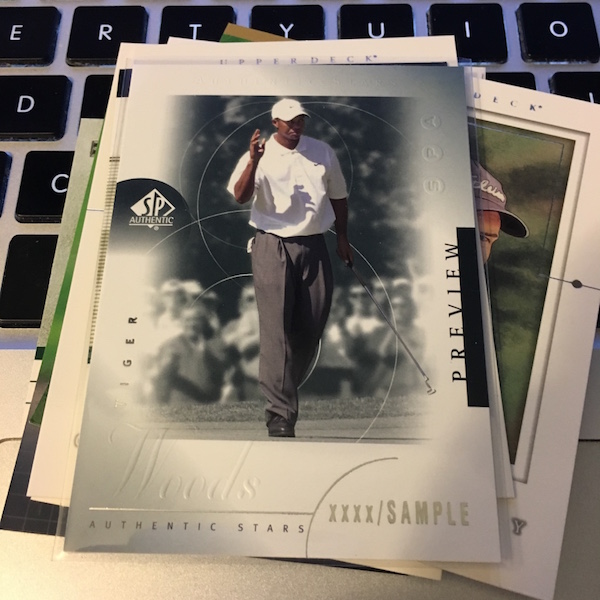 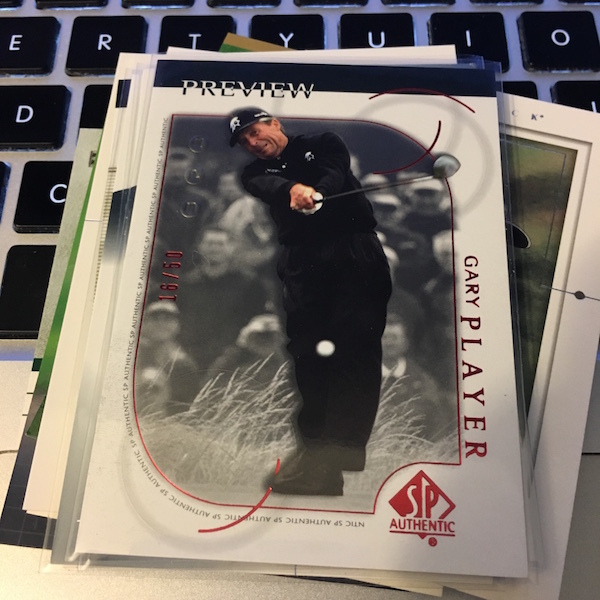 What’s Buzz-worthy: This landmark release could have one of the biggest print runs of any 2000s product but despite that it’s one that still stands up to this day — and this particular box shows why. You have the chance at Red SP Authentic Preview parallels (/50) which can command big money beyond the box price if you land Tiger or others of note while you can also find a Preview version of Tiger’s SPA Rookie Card as well — and this box landed both of those key cards. As said here in a past break, this is a cheap, quality rip. The main chase in the standard packs is the Tiger Woods Rookie Card (also not found in this box) but we did get a mess of Tiger’s Tales inserts (one per standard pack) and a subset card of him and other stars of the PGA at that time. … The SPA Preview cards include three card types — the standard cards, the Ambassadors of Golf subset and Authentic Stars, a “sample” version of what would become numbered cards in the later release. These are stamped “xxxx/SAMPLE” where a standard card would be serial-numbered. … The lone drawback here is that opening these packs can be complicated (packs inside of packs) and some cards can often have damage from packaging. (One pack had all cards with a small crease) These boxes can be had for less than the price of a blaster box so they are a fun rip with a decent shot at some low-cost thrills.