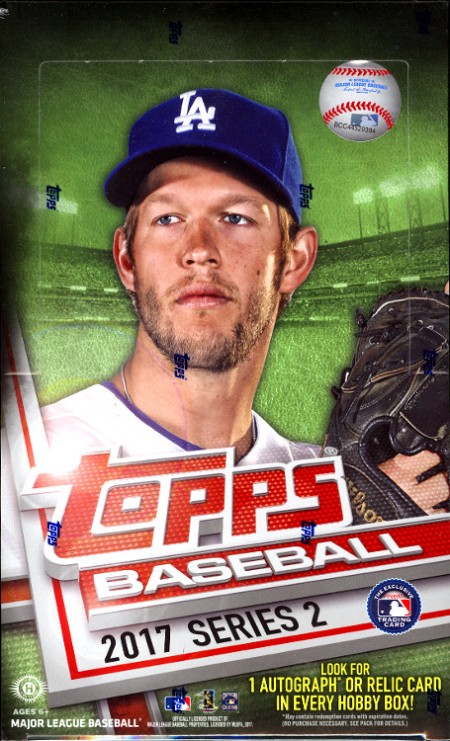 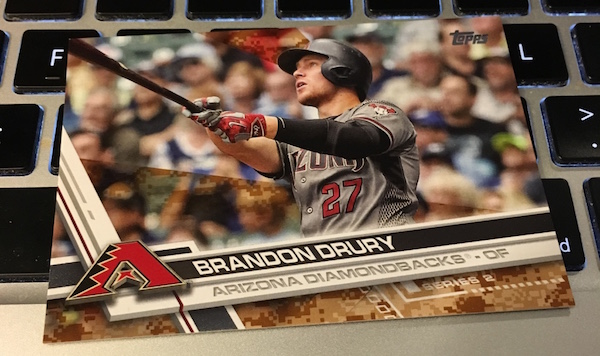 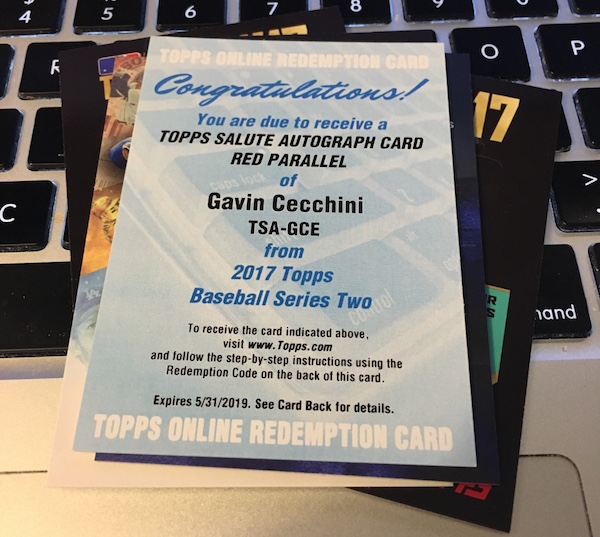 What’s Buzz-worthy: The second series of this year’s flagship Topps set simply isn’t as flashy when it comes to the basic card checklist — they’re clearly waiting to have key rookies like Cody Bellinger in Topps Update — but this box shows that the contents can still wow you. This is a unicorn of sorts with two hits in the box (albeit one via a redemption) — and that Red auto (/10) is one in every 4,557 packs (one in 127 boxes or one in 11 cases). That wasn’t the only rare card here as the Camo parallels are found one in every 605 packs (every other case) and the Topps Bunt code cards are one in every 341 packs (one per case). Not a bad box at all. … The rest of what’s inside continues with what you found if you ripped into packs of Series 1. The inserts are where you’ll find the variety in this one and there’s some star power from the past and present there. All in all, this was a very good box for a series that packs plenty of insert punch with long odds on good cards — but the good news is that they are in there as this box proves.

Product Grade: B
Box Grade: A+
Fun Grade: B+