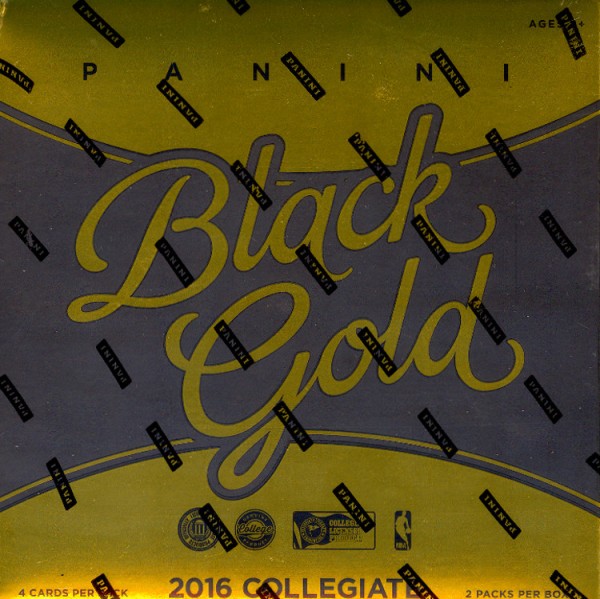 Notables on base cards – None! Everything was a parallel or hit in this box. 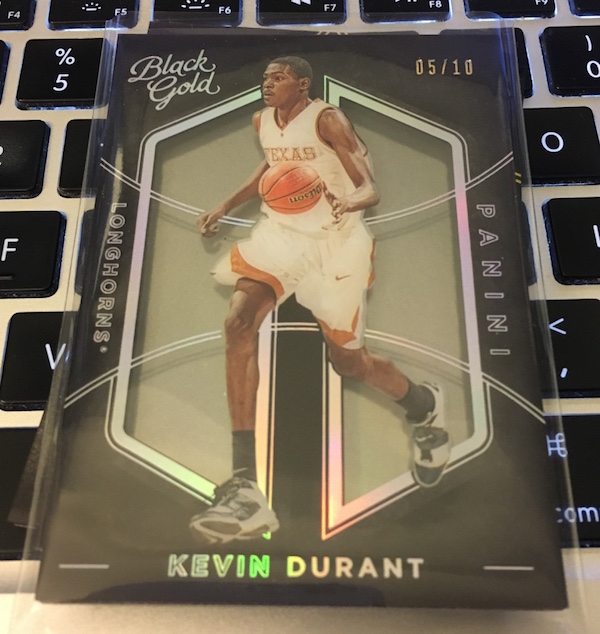 What’s Buzz-worthy: To some collectors, this product is all about the ink but this box shows that there can be some oomph and rarity among the cards that aren’t signed. We landed a rarer Durant base parallel and a Wiggins parallel, too, along with a prime Towns and a jersey card of Okafor — all good names — with four medallion cards and two autos. The medal cards seemed a little excessive — likely extras in every box since this brand was originally conceived as a multi-sport release but then broken into single-sport offerings after it was initially announced. At its present price, it’s one to consider ripping because there is still high-end potential with those big names’ rarer autos. The only drawbacks here? Some of those gold-ink autos can be rough-looking and some of the medallions have become detached from their backer inside the acetate cards. We had a partially detached card in this box but it wasn’t anything that completely takes away from the feel of the box as a whole. This wasn’t the flashiest box overall but a couple of cards make it very close to being a moneymaker. If you enjoy college basketball more than the NBA, this is also one of those brands to consider just for fun at its present price.

Product Grade: B
Box Grade: B
Fun Grade: B