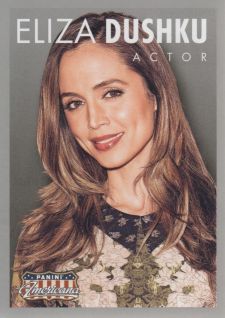 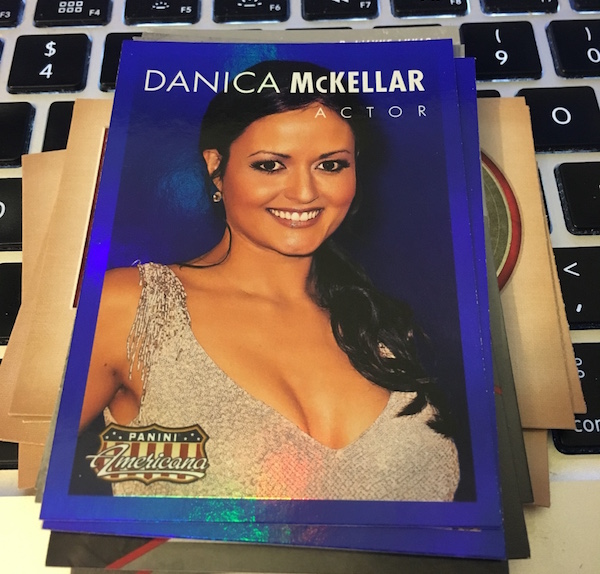 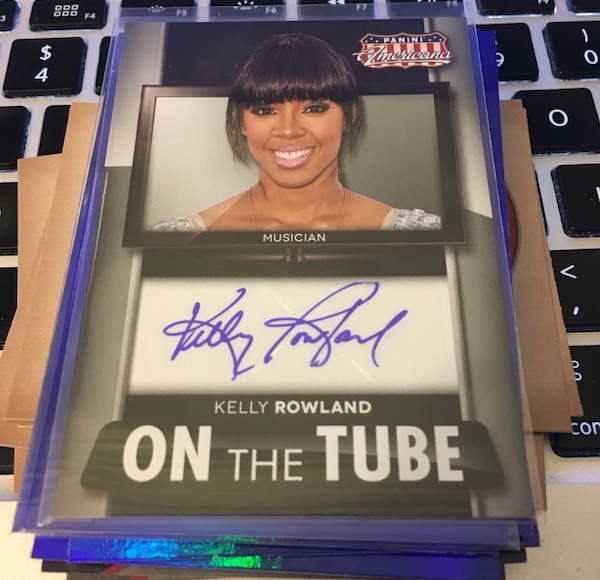 What’s Buzz-worthy: As said in a previous break here, Panini America’s most-recent edition of Americana is a fun bargain rip these days at a fraction of its original price ($25 for this box vs. $100 or more upon release). This box over-delivered on rarer cards but not of big names, making this one basically an average or just above average box. The biggest highlight here would arguably be the autograph of formers Destiny’s Child star Kelly Rowland. The checklist of this one has some big ink though the basic set design and its auto parallels aren’t the flashiest look. (The design is modern and clean but a dull gray but stronger than the 2011 release but arguably not as good as earlier ones. The parallels really shine here.) The autograph lineup leans toward today — much more so than previous releases — and the prices on the singles aren’t huge but that makes them all a tad more collectable. If you can find hobby boxes cheap, it’s definitely worth the rip just to add some variety to your autograph collection.