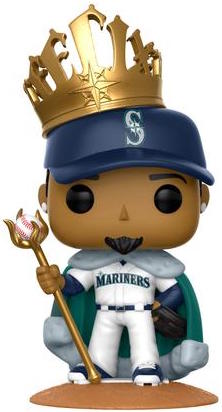 Funko Pop! is coming to the stadium.

Everett, Wash.-based Funko revealed a stadium giveaway to come in September with its popular Pop! toy line going into the hands of fans of the Seattle Mariners.

The first 20,000 fans who attend the Mariners’ game against the Cleveland Indians on Sept. 23 will get a King Felix Hernandez Pop! figure.

The widely collected and popular brand has been a mainstay for collectors in the non-sports world and beyond but hasn’t made as heavy of a splash with sports fans. A stadium promotion could spark even more interest in these simple vinyl figures and maybe rival the Beanie Babies SGA craze that became a heavy sports presence and big quick-flip money-makers in the past.