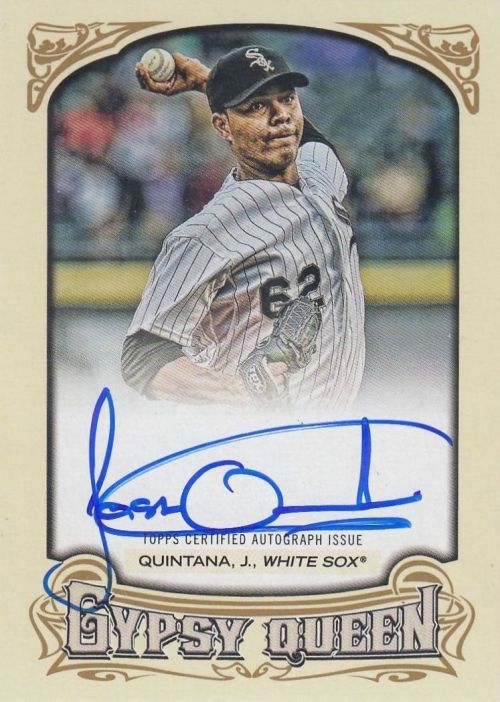 A big-leaguer with only five certified autographs in the year 2017.

That’s Jose Quintana and he was dealt to the Cubs on Thursday morning as part of a five-player deal that could make some prospectors unhappy — or spark added interest in the team that’s not the defending World Series champion.

The Sox sent Quintana to the Cubs for outfielder Eloy Jimenez, pitcher Dylan Cease, first baseman Matt Rose and infielder Bryant Flete. Jimenez is among the top prospects in baseball and hit .329 with 14 homers and 81 RBI in 112 games last season. In three seasons, Cease has posted a 2.54 ERA and 165 strikeouts in 120 innings.

What makes Quintana even more interesting, though? His only certified autographs are found in 2014 Topps Gypsy Queen — a standard auto and then four parallels. Those total just 85 autographs. He has even fewer memorabilia cards — just four — all in this year’s Museum Collection. Those World Baseball Classic Relics total just 131 cards as all of them are numbered. That’s it.

Want a Quintana Rookie Card? Those are also scarce with 2012 Bowman Draft, Bowman Sterling, Panini Prizm and Topps Update being the homes for his five RCs. He has no prospect cards before those RCs, either.