Do you like Buzz Breaks? We recently launched 12 in 12 — a series of a dozen breaks of past wax boxes and wax packs in a dozen hours. This is a faster break in that style — but not the launching of a new 12 in 12. (We’ll just had one this week and we’ll have another next month. Click the logo below to see the previous posts in the series.)

What’s inside this box? Keep reading … 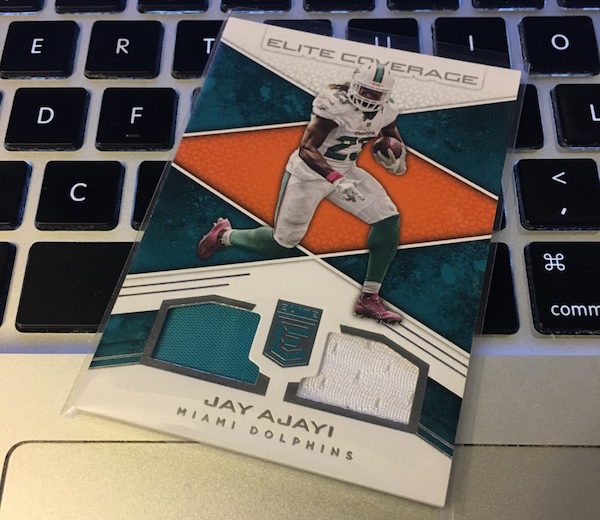 What’s Buzz-worthy: With one guaranteed hit per pack and a whole lot of green retail-only inserts, this one seemed like one for a Buzz Break. The price was surprising — $10 more than the typical blaster — but the extra was palatable since this was a good box with the presence of a Deshaun Watson Green Rookie Card, which was the only RC in the box. The rest wasn’t as impressive but a Julio Jones Spellbound was a highlight. Had there not been a Watson? I wouldn’t have been happy at $19.99 even with the hit. The Green parallels likely will sell for a tad more than you might think — the point for retail exclusives — but in the long run they may not hold up since we don’t know any type of announced print run. Interestingly there were not any numbered cards in the box but the Green cards are likely rarer than you might think.

Product Grade: A
Box Grade: A-
Fun Grade: B