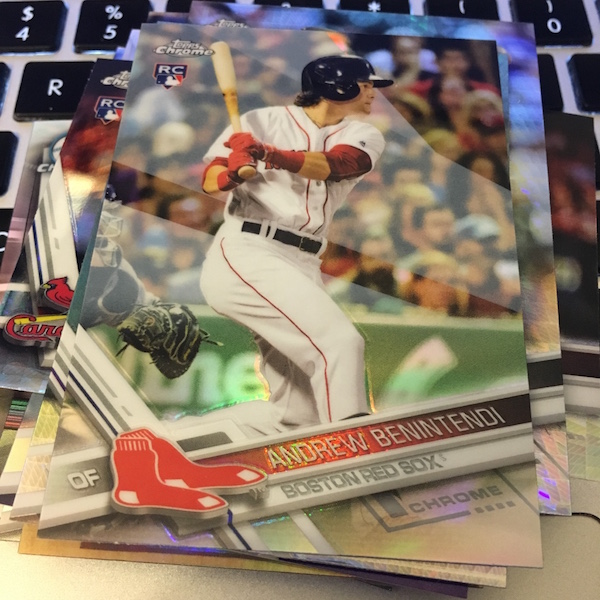 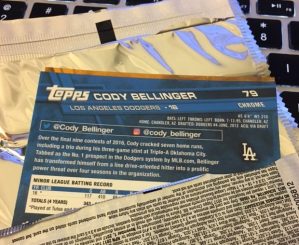 What’s Buzz-worthy: Topps Chrome continues to gain steam compared to its Bowman counterparts and this year’s edition is one that delivers on the rookie and insert front quite well. The back card in the first pack in this one? Cody Bellinger. We pulled 23 other rookies (one per pack on average but many had two or even three) and even more newcomers of note on inserts. There was no judge to be found across the board, but Andrew Benintendi joined Bellinger as did Dansby Swanson and Alex Bregman. The Award Winners inserts are found one per case (one in 288 packs) but aren’t all that flashy or pricey unless a parallel or auto. The winning inserts in this box were the standard Refractors with the Benintendi but the 1987s really do look good here once again. The ink in this one wasn’t great — that’d be painful at the premium prices boxes are fetching — but as a collector there was enough here that this collector wasn’t unhappy with the rip. The variety and names felt pretty good. There are a few options for Chrome this year so you have a few options if collecting on a budget. This hobby box shows that even a lesser box can be pretty good.