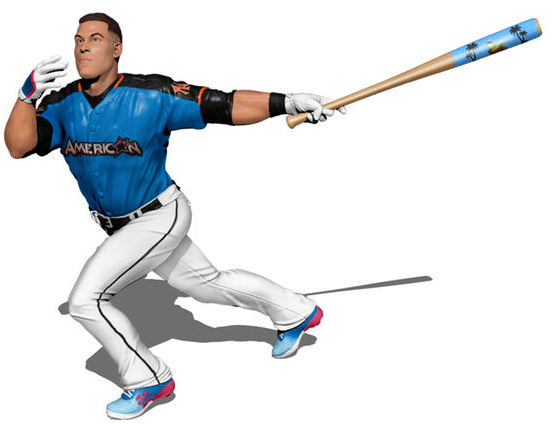 Aaron Judge doesn’t need a crown, but the king of this year’s MLB All-Star Home Run Derby could easily have one added to his newest figure.

It’s a limited edition toy that is now available from Import Dragons — and it’s a capless sculpt painted just like the night he went yard over and over and over. It’s part of a three-pack of Yankees figures available now — and it’s not alone. 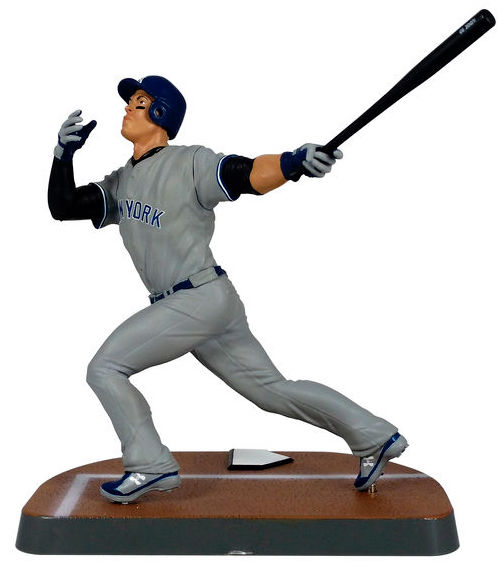 The Derby figure isn’t his only piece now available via MLB.com and elsewhere. While the Yankees three-pack ($59.99) includes Starlin Castro and Masahiro Tanaka is limited to only 4,000 copies, Judge also has a standard six-inch piece in his Yankees road uniform that’s $19.99 via the site. It is not noted as being a limited edition.

The solo piece will ship on or before Oct. 20, while the trio will ship no later than Nov. 10. You can see all of them right now in the gallery below.