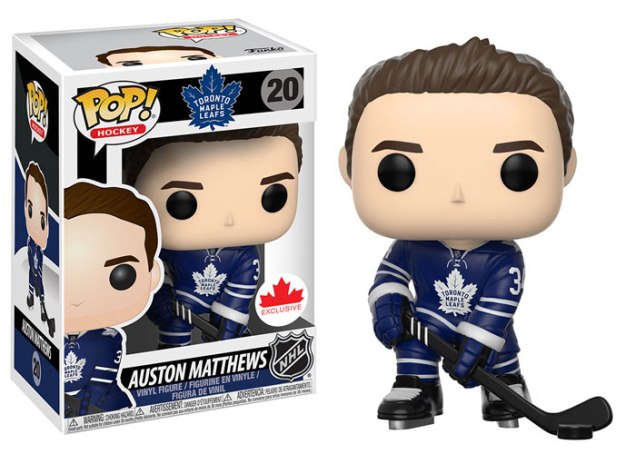 Funko released the rundown of its second series of NHL Funko Pop! toys on Friday and it includes Auston Matthews, Johnny Gaudreau and plenty more among a lineup of 16 new toys — and that’s not all.

Seven of the Pop! toys will be exclusive to Canada via Grosnor, while the rest and an assortment of Pint Size Heroes mini packs also will be in play beginning in November. The series focuses on players in their home sweaters and includes Brad Marchand, Brent Burns, Evgeni Malkin, Jeff Carter, Vladimir Tarasenko, Braden Holtby, Corey Crawford, Wayne Simmonds and Devan Dubnyk among others. The Canadian lineup also includes Bo Horvat, Patrik Laine, Erik Karlsson, Shea Weber and Mitchell Marner.

You can see all of them in the gallery below.