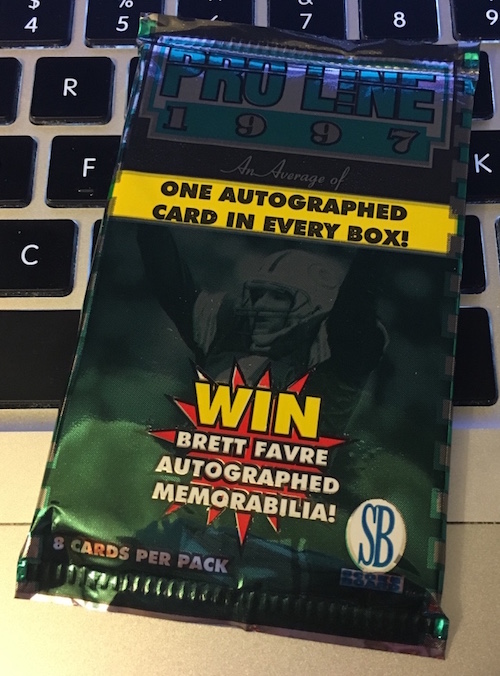 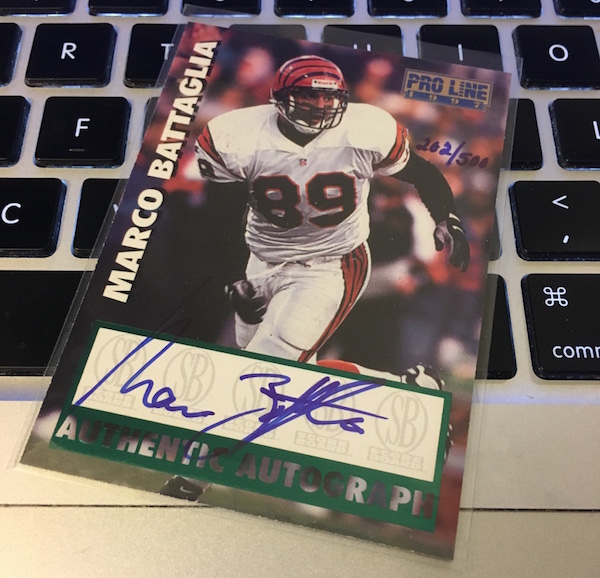 What’s Buzz-worthy: This one is a classic example for the simpler times of cardboard but with one of the touches of today. An autograph in every box and just two insert cards — actually simpler than previous Pro Line releases — and that’s it. This one is loaded with Hall of Famers and there is only one insert set that wasn’t found in this box. It literally has a total of 35 different inserts in the product — no parallels — and then base and ink. The 53-card autograph checklist can be seen on the bottom of the wax box and it’s got some big names now and then at the time — Kerry Collins, Emmitt Smith, Troy Aikman, Terrell Davis, Brett Favre, Eddie George, Keyshawn Johnson, Kordell Stewart, Steve Young, Joey Galloway, Warrick Dunn and many more. The rip is a bit dry but the cards don’t have any sticking issues as is common with the era because these cards are gloss-free. If you land a big auto, these can be a win but there are plenty of lesser autos that keep those odds in check. At the original price? Not a good rip unless you had deep pockets to chase ink. At the price I found this one at? It’s a tad dull but worth the shot — especially if you were around as a collector at that time. If not? There’s plenty of other releases to look into — Pro Line boxes make me a total sucker when I see them, which isn’t as common as it used to be.

Product Grade: A-
Box Grade: B
Fun Grade: B