Do you like Buzz Breaks? Today’s your day then as we launch 12 in 12 — a series of a dozen breaks of past wax boxes and wax packs in a dozen hours. We’ll post one every hour on the hour all day long today … this is Hour 10. 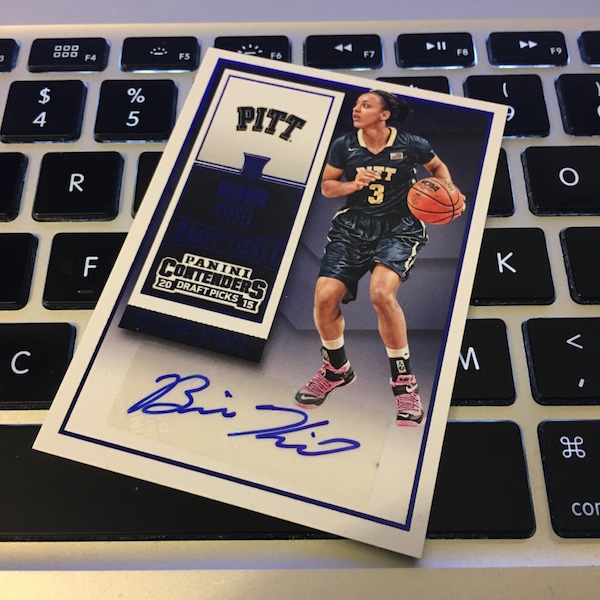 What’s Buzz-worthy: Here’s another one that I spotted in the discount bin and it’s one that I actually don’t think I have ripped before — must have been something about timing of release where some other products got my attention first. This one is about as simple as it gets — two autos, base cards and inserts from two sets and that’s it. The design is the same as other Contenders releases but this one was a tad surprising with just two inserts. Meanwhile, the product does include more inserts than just those. The names here, particularly in the base cards, are strong. Some buyers might balk at finding a WNBA notable draft pick among the autos but I like the variety that it offers from an overall collecting perspective. It’s one of only a few cards she has — and none are from a WNBA set.

Product Grade: A-
Box Grade: B
Fun Grade: B+