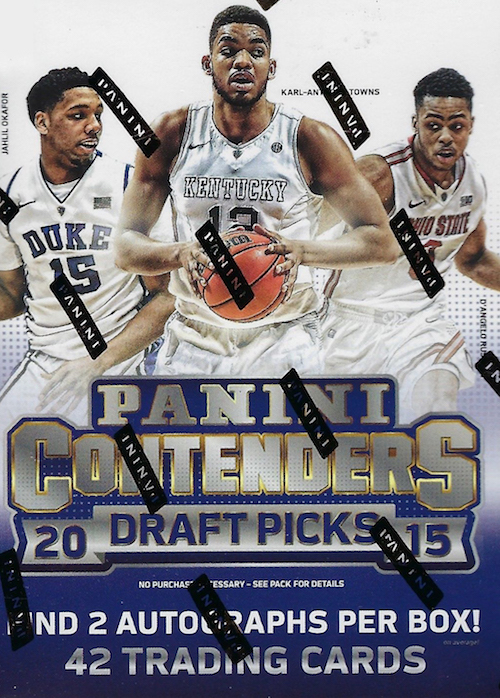 What’s Buzz-worthy: As said in a previous break of this product, this one is about as simple as it gets at retail — two autos, base cards and inserts from two sets and that’s it. The design is the same as other Contenders releases but this one was a tad surprising with just two inserts. Meanwhile, the product does include more inserts than just those. The names here, particularly in the base cards, are strong. What wasn’t strong here? The autographs. Getting the same guy on both of them? Not good. Sure, one’s a parallel — and I might not have that take if it were a big name — but it really shouldn’t happen either way. This one was a bargain bin buy — literally just for fun as I don’t actively rip a lot of basketball — but that sight was rough no matter what the price.

Product Grade: A-
Box Grade: D (due to the autos)
Fun Grade: B