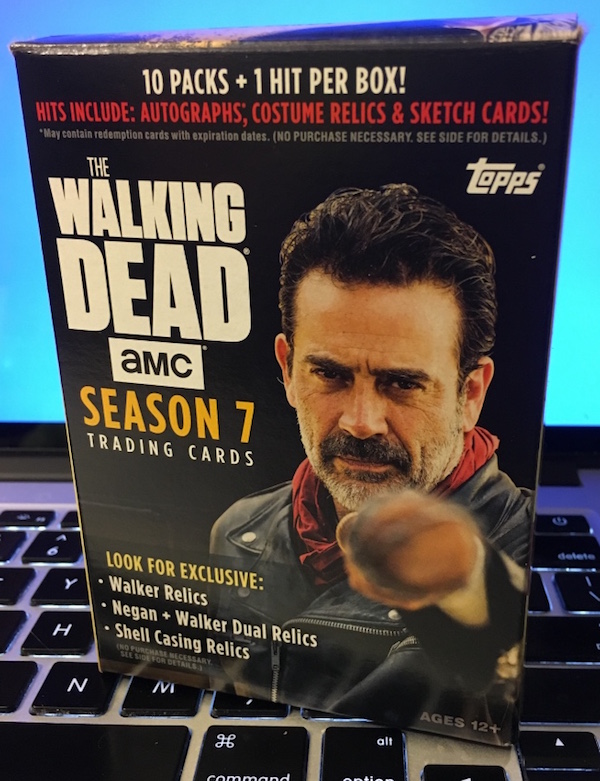 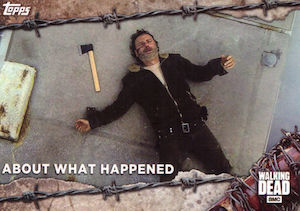 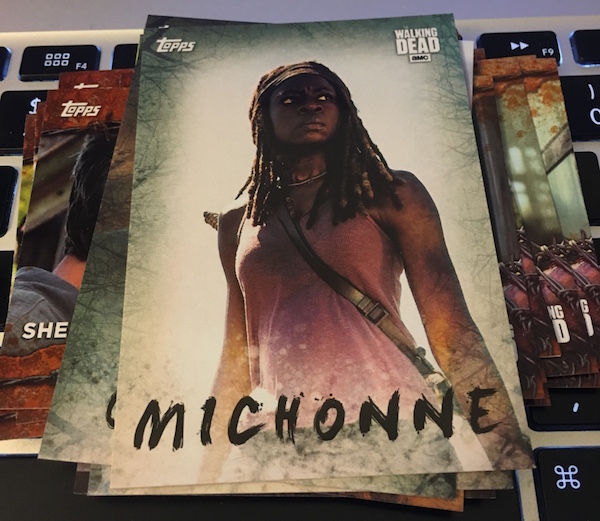 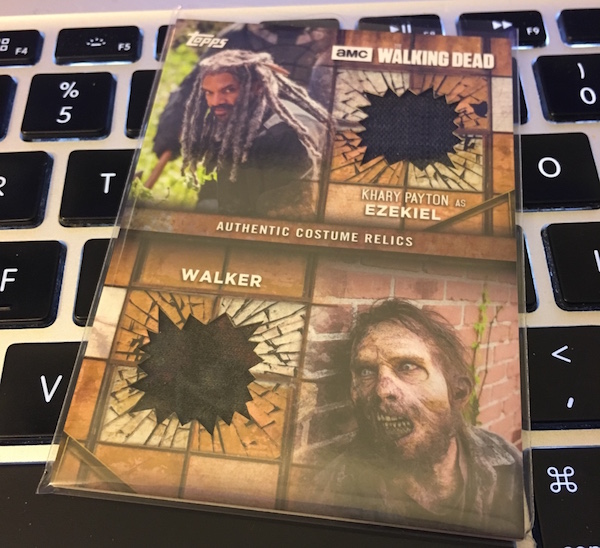 What’s Buzz-worthy: This one just keeps delivering for me. After finding a Bullet Relic in my first blaster, this one included a Dual Relic that’s found one in every 113 boxes. Not bad — and more than four times harder to pull than a bullet. (I’d still want the bullet.) … As said in our previous break, The Walking Dead hits retail once again and it appears that there are also once again differing boxes for Target and Walmart. These retail boxes are once again loaded with one hit per — and hits can be autographs (start at one in 12 boxes), Relics, Auto Relics, dual autos, triple autos, Negan Relics/autos, and, most importantly in this one, Bullet Relics only found in Walmart boxes. … The goods beyond the hit are nearly identical to out past Season 6 break at retail with a few insert changes but ultimately the same number of inserts and base cards. At $19.98, these might be a very appealing way to chase some hits in smaller bites than hobby and this box proves that the fun stuff can, indeed, be in there. … There also can be printing plates (one in 4,611 packs) and sketch cards (one in 36 boxes). If you’re a fan of the show, one of these (or two or three) are a no-brainer.

Product Grade: A-
Box Grade: A
Fun Grade: A-