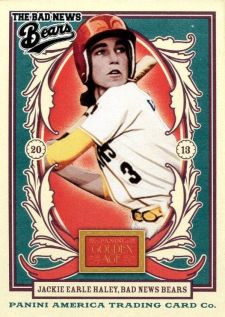 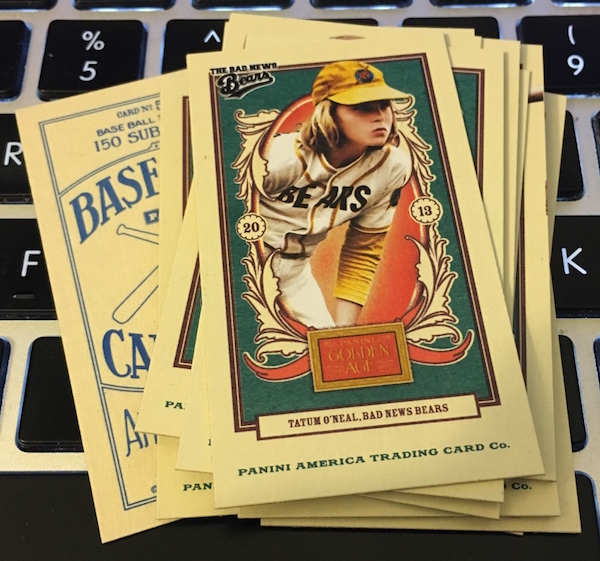 What’s Buzz-worthy: Panini America’s retro-styled Golden Age brand is one that’s been on the sidelines for the last few years, but this second release is, to this collector, the best of the three. The base set is loaded with “some of the nation’s greatest athletes, entertainers and newsmakers from the Golden Age of America” and it’s one that really showcases the retro possibilities in its inserts and autograph/memorabilia potential. There are minis and there are Exhibit box-toppers that couldn’t be more different and then there are nods to food-issue sets, historic moments and pop culture. The ink found here was good and the roster of inserts was fun. There can be better boxes — none of the notable members of The Bad News Bears were found here on either base cards, minis or autos — and there is plenty more to be found if you explore this one. The year before (strong) and the year (weaker) after are also ones to consider if you can’t find this one. The White parallel here is not the norm in every box, while a Johnny Carson hit isn’t one of the more commonly found ones (I’ve ripped many of these boxes and not seen one). This was a good rip on the mini front, too, but there are still a number of rarities out there that could make for a better box than this one.