The newest SCP Auctions event launched this week with some items that defy the imagination — items that you probably wouldn’t imagine them to still exist, let alone be up for grabs.

Some of them, such as this 2013 Fresno State Aaron Judge game-used jersey, open with more modest prices of $4,000, while college classics such as a Lew Alcindor game-used UCLA jersey is already at $44,288 after less than a day of active bidding.

But the leader in the clubhouse among the more than 900 lots? It’s a baseball card. 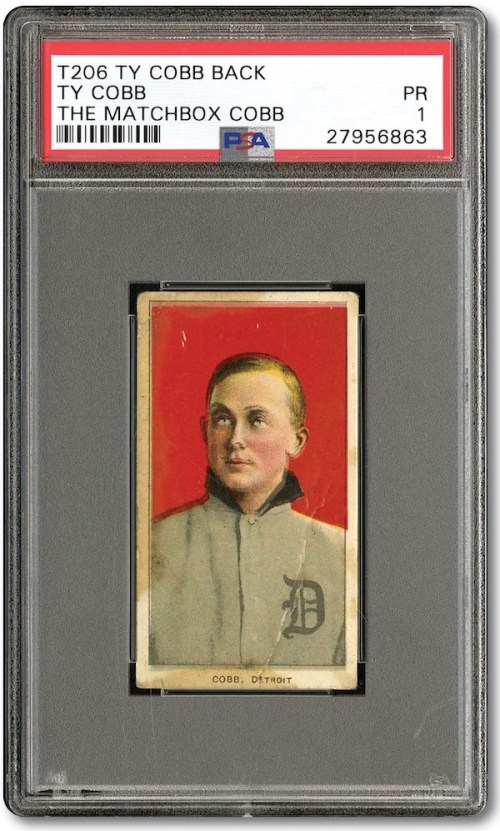 It’s a PSA 1 T206 Ty Cobb with a Ty Cobb back, which is actually rarer than the iconic Honus Wagner from the same set. This one is a new specimen recently found in a collection in Georgia and already is at $71,327 with more than two weeks remaining in the auction after 12 bids. It opened at $25,000.

A sampling of other items can be seem in the gallery below — a group that includes the Rocky Balboa bronze statue from Rocky, a Babe Ruth game-used bat, a John Wooden UCLA jacket, a Pete Maravich Boston Celtics gamer, Gaylord Perry‘s 1978 Cy Young award and even a couple of Olympic gold medals.

To see all of these treasures and more, click here to visit SCP Auctions.