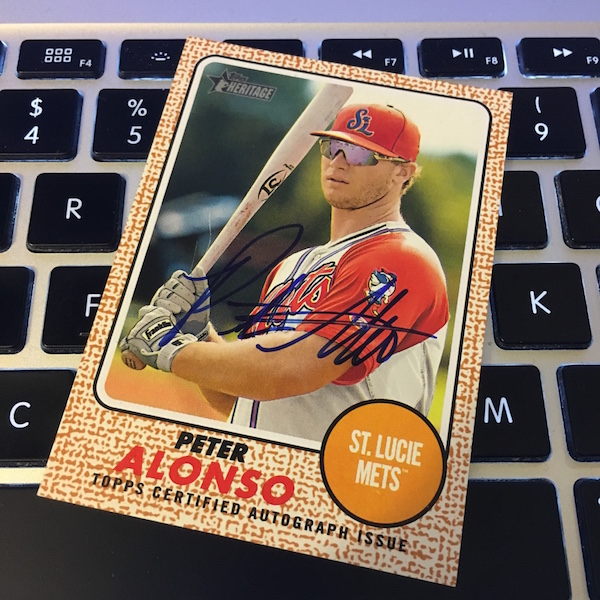 What’s Buzz-worthy: Topps’ annual minor-league version of Heritage has been in play seven years now and this one is right there among the best with its simplicity, fun touches, on-card autos and variations that aren’t impossible to figure out. Combine that with the iconic burlap design and, as long as your a fan of that, this is an affordable winner. Boxes aren’t pricey thanks in part to there being fewer packs per box and they can deliver better than this one does for sure with a number of big names in the short-prints and autographs from Clint Frazier, Dylan Cozens, Eloy Jimenez, Gleyber Torres, Nick Senzel, Ronald Acuna and even past MiLB stars Chris Sale, Derek Jeter, David Ortiz and Manny Machado. Autographed coin Relics are in here, too, with some names of note — Vladimir Guerrero Jr., Mickey Moniak and a few others of note. Those boxes weren’t found here, but there was enough that it felt like a satisfying rip, especially for the price.