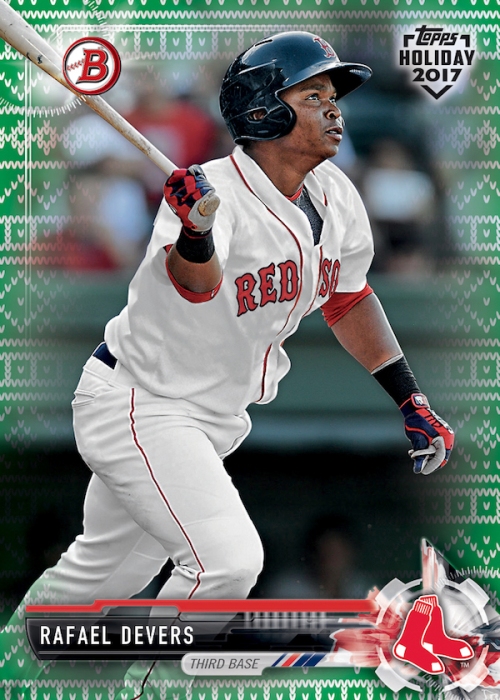 There’s some extra cardboard coming to card shops for the holiday season.

Topps revealed on Friday its 2017 Topps Holiday promotion, which will include three-card packs of a new set complete with holiday touches and December superstars alongside possible autographed cards. 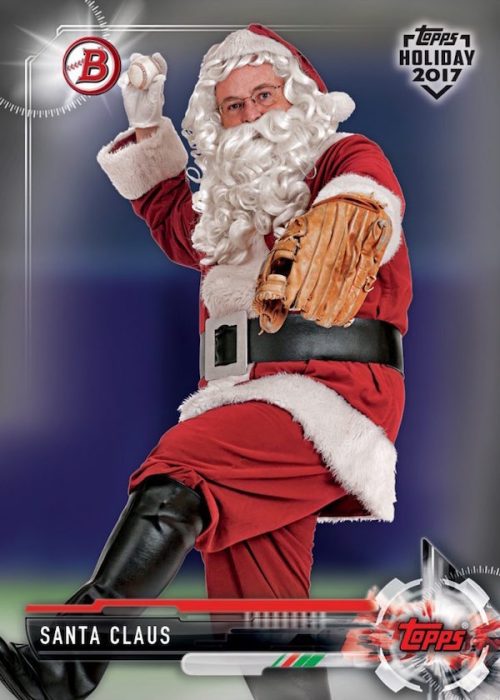 According to Topps, there will be parallels with holiday sweaters, turkeys, “winter wonderland” and more.

A purchase of $10 in Topps products gets a pack at participating shops beginning on Nov. 17. The packs include a ton of MLB prospects, including Amed Rosario, Bo Bichette, Gleyber Torres, Nick Senzel and some guys named Rudolph, Snowman and Santa Claus. The veterans and rookies portion of the lineup includes Aaron Judge, Andrew Benintendi, Alex Bregman, Bryce Harper, Cody Bellinger, Carlos Correa, Clayton Kershaw, Corey Seager, Mike Trout, Kris Bryant and many others.

Whose ink can be found in these packs? Click here to view the checklist.