If you hadn’t noticed, there are a number of boxes with discounted prices right now over on the mothership as BlowoutCards.com is in the midst its Black November sales now.

Wave 3 is here and many of the discounts were dramatic enough that Buzz had to sit down and ponder the possibilities in many of the boxes and cases — and here are five boxes/cases that caught this collector’s eye.

2016 Panini National Treasures racing hobby box
This one is as high-end as it gets for NASCAR and includes a few notables from beyond stock cars, too, making this bargain price even sweeter. Every box includes a book and has five other hits along with a base or parallel card — and it’s one that this collector has dug in on pretty hard via BlowoutTV group breaks. Check out that story here and then check out the price on this one. (There are cases, too.) Land the right names with some rarer memorabilia or ink combos and your box is covered. Even without the dollar signs in mind, this one is a fun rip with its stacked checklist that’s rich in stars from the past and present.

2013 Panini Rookies & Stars football hobby box
You’ll land at least two autographs among your four hits per box here and the price is one that makes this one worth considering both by the box and by the case (limit one there). I like this one because it’s got a bold base set design to go with an insert lineup that includes plenty of hits and inserts such as Crusade. If you have a rookie you collect here, odds are he’s got ink, too, but you’ll find an RC in every pack and plenty of parallels and other cardboard to collect, too. It’s a fun rip when it’s this cheap.

2008 Press Pass Elvis By The Numbers gravity feed box or case
Yes, this is a retail box — but it’s a retail box with some volume that should deliver one and maybe two autographs or memorabilia cards in every box. (Check out my past break of it here.) The memorabilia cards feature pieces of The King’s clothing, while autographs are celebs with ties to Presley or former band members. Among the 10 who signed for Press Pass are Nancy Sinatra, Yvonne Craig, Darlene Tompkins, D.J. Fontana and James Burton while cut autographs of Col. Tom Parker and Presley himself also were placed into the product. A six-box case will cost you not much more than the box originally was, too. I’m not an Elvis Man (Pulp Fiction reference) but I might love it at that price. 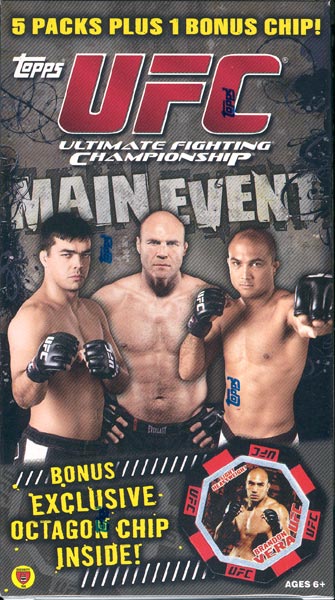 2010 Topps UFC Main Event blaster box
Want the cheapest possible way to possibly land UFC autos or Relics from a pack? This has to be it. The odds aren’t that easy … but at $4.11 a box? If you’ve got a beginning collector, this is a fun way to rip some packs in bulk without breaking the bank. And if you’re not, it just might be worth a rip, too. Check out the description at the link above to see more about what can be found in these.

2013-14 Panini Playbook hockey hobby box
I’ve said it many times, I’m a sucker for booklet cards and this one includes that and another autograph or memorabilia card along with a base card or parallel every single time. I don’t do much hockey but there’s a lot of cardboard here with a high-end feel without the high-end price.

There’s plenty more among the Black November sale items in the new (and past) wave — check ’em out here — and we’ll have several more to come leading up to Black Friday. Buzz will be here each time to pick highlights and budget breaks from the bunch.