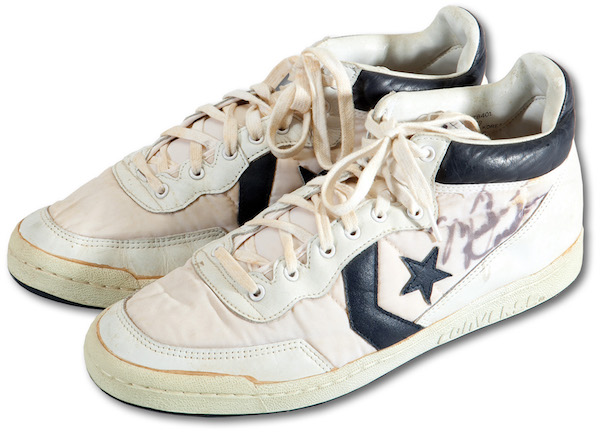 What’s rarer than the rarified air of a pair of Michael Jordan game-used shoes?

A pair of Michael Jordan game-used Converse shoes — and the latest pair of shoes from the 1984 Olympics to sell via SCP Auctions went for nearly six-figures at auction following a record-setting sale earlier this year.

This time around, it was a size-13 pair worn earlier in USA Basketball’s march to gold that sold on Sunday for $88,644.

The previously sold pair, shoes worn in the gold-medal-game, was gifted to the son of Hall of Famer Gail Goodrich, who was a ball boy. This pair was given to the other ball boy who worked alongside him. They represent the final shoes Jordan would wear before signing with Nike and changing the basketball shoe world forever once he turned pro.

Click here to learn more about the previous sale of Jordan Converse shoes via SCP.