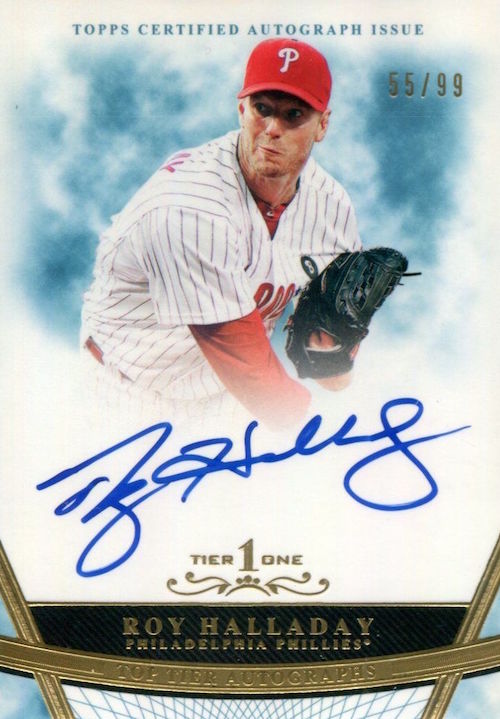 One of baseball’s most-dominant pitchers of the 2000s has died.

Roy Halladay, a two-time Cy Young award-winner in a 16-season career with the Toronto Blue Jays and the Philadelphia Phillies, died Tuesday afternoon when a plane he was flying crashed into the Gulf of Mexico off the coast of Florida. He was 40 years old. 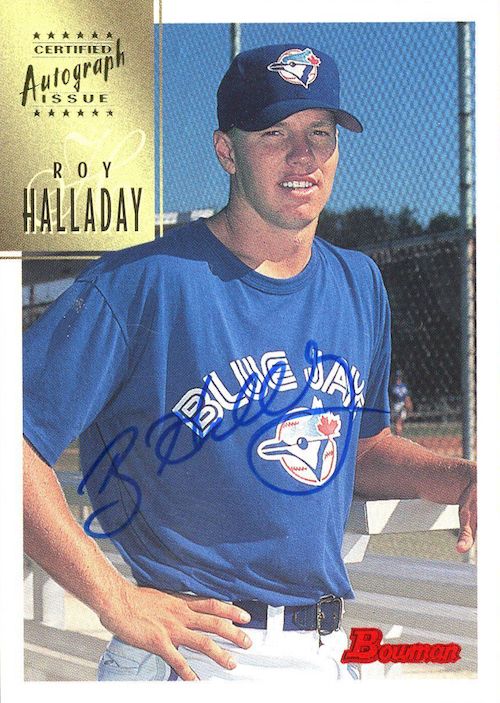 The eight-time All-Star appears on more than 5,000 different baseball cards with some of his earliest coming with his three Rookie Cards from 1997 — Bowman, Bowman Chrome and Bowman’s Best.

He wasn’t a plentiful signer in his career with fewer than 500 different certified autographs. His earliest was in the 1995 Signature Rookies Tetrad release, a card limited to 5,000 copies, while his first MLB ink can be had in 1997 Bowman where he has three autos — black ink, blue ink (above) and gold ink. The following year he had three more autos in Bowman, blue, gold and silver. He’s been a regular signer, albeit in lower volume, with autos every year since 2004.

Halladay retired at age 36 after the 2013 season where he failed to win 10 or more games for the first time since 2004. Between 2001 and 2011 he went 175-78 with a 2.98 ERA — only one pitcher with comparable innings at that time had a better ERA and only one had more victories, according to MLB. He didn’t win a World Series, but one of his biggest moments was a no-hitter in his first postseason start in Game 1 of the 2010 NLDS and he recorded a perfect game earlier that season against the Marlins. He’ll be eligible for the Hall of Fame vote in 2019.

“Baseball has been so great to me,” said Halladay at the time of his retirement. “My goal is to try and leave baseball better than what I found it, and I’ve tried to do that in my career. I’ve tried to be respectful to the game and do things the right way.”