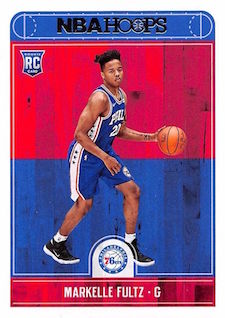 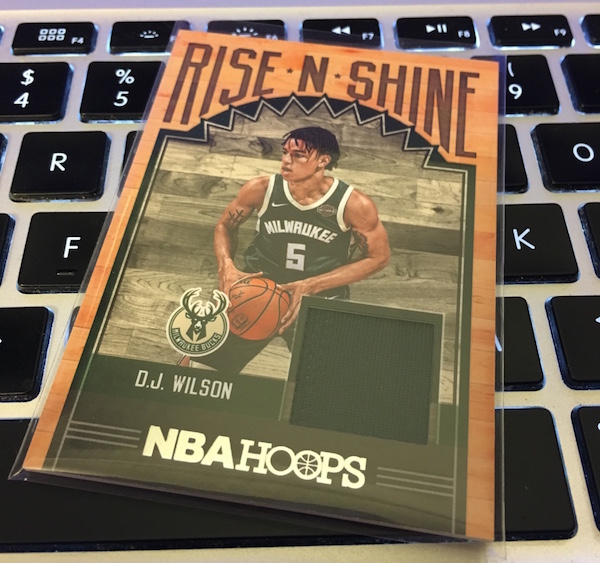 What’s Buzz-worthy: Sorry Contenders, the first truly full NBA release of the year is here packed with Rookie Cards of players in their pro uniforms, a full slate of veterans and plenty of inserts. You get fewer cards per box in blasters this year but the basic model is the same with one hit and a ton of RCs and inserts. This one included a few highlights across the board with Markelle Fultz sightings in both base and inserts and then a good presence for stars from the past Lakers, Shaquille O’Neal and Kobe Bryant, to go with a Lonzo Ball cameo. Could the box have been stronger? Yes, but it’s not lacking. The base set is a meaty 250 cards capped by short-printed RCs and a Bryant tribute. About the only drawback here are a couple of intentional design touches — most of the photos are pulled-back full-body action shots or studio shots (that gets repetitive and makes it feel dated and the card backs, while jam-packed, are stark black and white. All in all, this one carries the right feel for Hoops, though there are typically others in the NBA lineup from Panini that give it a run for its money as what’s really the flagship basketball brand. Veteran collectors may default to this one since it first arrived back in 1989, but there are others that can carry that feel, too. For the price, this one can deliver pretty well and the various formats (see link above) offer plenty of options depending on how and why you collect.