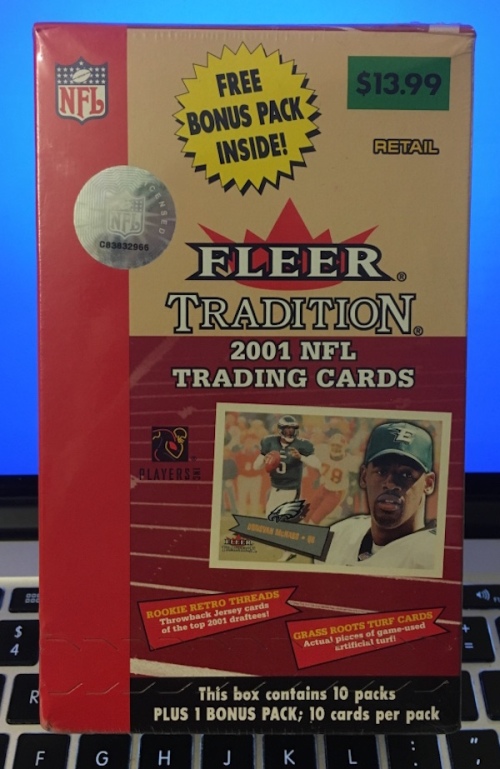 Do you like Buzz Breaks? Today’s your day then as we launch 12 in 12 — a series of a dozen breaks of past wax boxes and wax packs in a dozen hours. We’ll post one every hour on the hour all day long today … this is Hour 9. 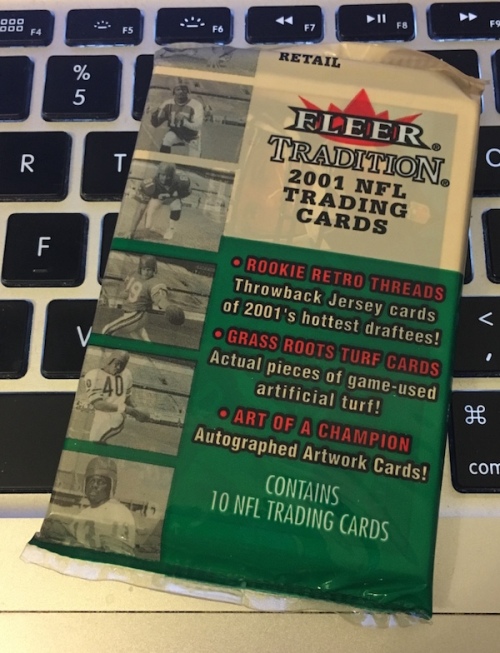 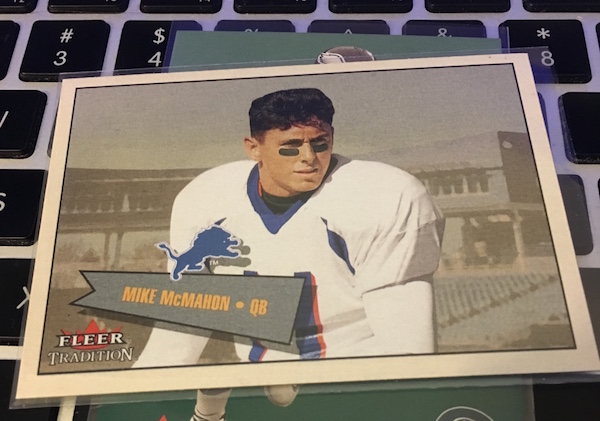 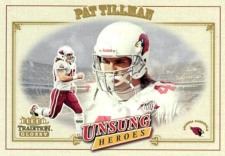 What’s Buzz-worthy: Why is this one here? The simple chase of a Pat Tillman Rookie Card and it’s a chase that ended up fruitless. It’s not technically a short-print as its just one of the cards in the Unsung Heroes subset but it’s one of five NFL cards — all from 2001 — in this one, Fleer Tradition Glossy, NFL Showdown, Upper Deck MVP and Upper Deck Rookie F/X sets. What was found here was a boatload of base cards with a familiar throwback look that’s reminiscent of 1952 Bowman football. The Rookie Card presence here probably hurts the breaks — they’re one in every 10 packs — while there are four types of inserts to be found. This box had one of the easier inserts but that’s it for thrills between that and an RC of Mike McMahon. There are long odds on memorabilia cards and autographs here (roughly one in 240 packs) and Art of a Champion inserts are just as tough. All in all, this is a simple but compete kind of set but not a lot of flash. This box wasn’t even as flashy as that but it was decent for the price (and it’s not a super-plentiful box) but the end result, once opened, was ultimately very average.