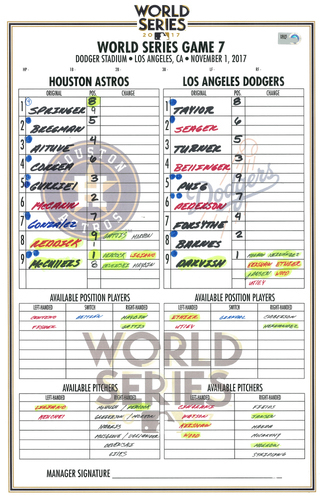 It’s been more than a month since the Houston Astros won the World Series but the action is still relatively intense over on MLB Auctions.

Or at least some of the bidding and instant-purchase prices look that way.

Those have nothing on some of the other game-used items, though.

The Dodgers’ on-deck circles from each game — two in all — are $7,499 apiece, while $3,999 is the top price for game-used baseballs. Those are for hits from Series MVP George Springer and Dodgers slugger Joc Pederson. Other baseballs are also up for grabs for $1,999 and up — even one smacked by Clayton Kershaw, which is $2,499.

To see everything still up for grabs for the Astros’ World Series championship via MLB Auctions, click here.