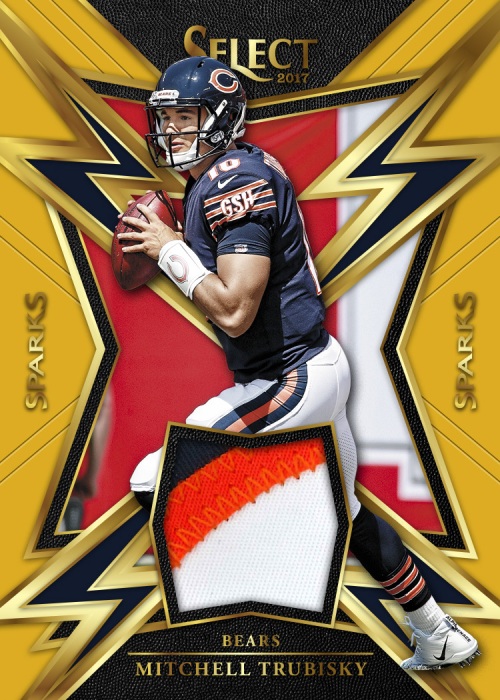 What’s buzz-worthy: Once again, the colorful rainbow and prime memorabilia cards that Select is known for return to the gridiron with more than one insert card per pack — and the first cards of 2018 NFL Draft hopefuls, too.

Keep reading for more info and a full gallery. 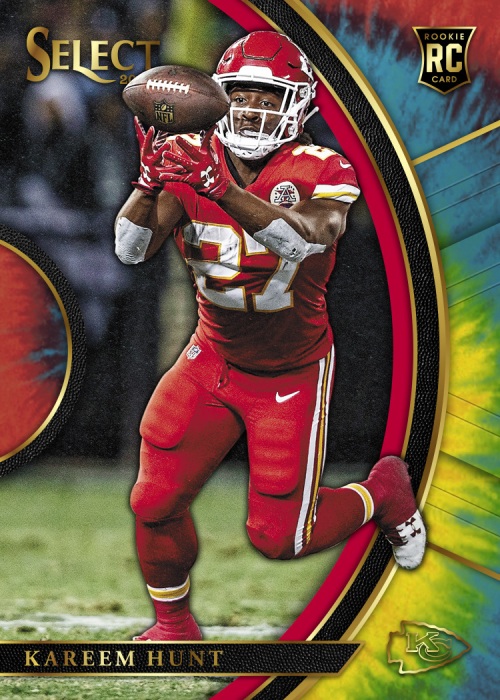 The Basics: Boxes will include 12 Prizms — five of those serial-numbered. The base set will once again consist of 300 cards with three subsets — Concourse, Premier and Field Level cards and they’ll be found roughly 30 times, 10 times and two times per box respectively. … There also will be XRCs for the top 2018 NFL Draft hopefuls found three times per case. … There will be autographed memorabilia cards for top rookies from this year with Prime Selections Prizm and Jumbo Rookie Signature Swatches limited to no more than 99 copies. They’ll also be found with a rainbow that includes Light Blue, Copper, Purple, Orange, Tie-Dye, Gold, Green and Black. … The autographed memorabilia lineup will include more than 50 stars of today and yesterday, while memorabilia cards will include Jumbo Rookie Swatch Prizm, Select Swatches, Sparks Prizm and Prime Selections Prizm. There also will be nameplates, brand logos, Nike laundry tags and NFL shields … Basic cards will have a parallel rainbow that includes Silver, Tri-Color, Blue, Maroon, Orange, Tie-Dye, Gold, Green and Black. There will be diecut parallels as well with their own rainbow and the Field Level cards will have variations in the mix. Boxes will carry a suggested retail price of $120.